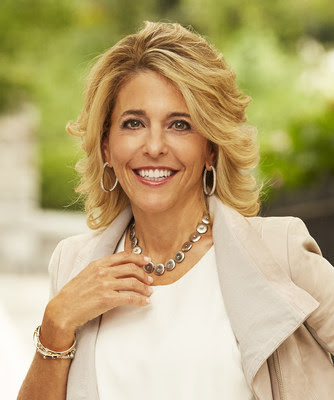 Pamela Liebman, president and CEO of The Corcoran Group

The biennial ranking honors “women with the most influence, impact and power in New York,” according to Crain’s.

Liebman leads The Corcoran Group with more than 2,200 agents and employees and has been a vital force in the New York City residential real estate industry for over 30 years. She is responsible for expanding the brand’s presence both within the United States and internationally with the recent launch of the Corcoran franchise business, which targets global megacities and sought-after leisure markets around the world.

Additionally, Liebman secured the coveted assignment to market and sell all residential properties at the groundbreaking Hudson Yards new development project, which opened earlier this year on Manhattan’s West Side and is the largest private development project in the history of the United States.

Through assurances of her personal involvement, Corcoran was awarded the opportunity to manage sales at 220 Park Avenue South, the most successful residential new development property in Manhattan history where the record-breaking sale of a $240 million penthouse earlier this year was the highest price paid for a home in the country.

“I am honored to work alongside someone as talented and forward-thinking as Pam and thrilled to celebrate her well-deserved ranking among New York’s female leaders,” said John Peyton, president and CEO, Realogy Franchise Group.

“Being one of the top female real estate leaders to make the list, this recognition is a true testament to her outstanding and respected position in the industry. Her incredible leadership and dynamic approach toward running a successful real estate business makes Realogy proud to have her as an integral part of the chief executive team.”