Whoever said that Generation Y would be changing the face of real estate hasn’t met these Gen Xers. They’re tech-savvy, business savvy and building businesses that go beyond tech to get to the heart of what real estate is really about—relationships. They have the in-person skills of the Baby Boomers mixed with the tech know-how of the younger generation, and they’re making their mark on today’s real estate industry.

LORE magazine interviewed five carefully selected leaders to find out how they got their start and what they’re passionate about. Ironically, three of the five started in the financial market—as stockbrokers and analysts. One worked in the corporate world, owning a company, and another dropped out of college and worked odd jobs until he landed in real estate. The one thing they all have in common is drive and passion. They all love what they do, and it shows.

As an amateur real estate investor, Kuba Jewgieniew was frustrated. “The overall dynamic of real estate interested me. When I got my license in 2003, I only did it to gain access to the MLS in order to get real-time information on where to buy investment properties,” he says. “I was discouraged by the real estate professionals who were representing me because they weren’t listening to me.” At the time, Jewgieniew had left careers as a stockbroker and in the tech industry during the dot-com boom to become a Realtor® and investor. Shortly after he made the switch, he realized that other amateur investors probably felt the same way he did. “With my tech background, I built a website and started getting leads. Because I was also an investor, most of my clients would heed my advice. They trusted me because I had skin in the game,” he says. It wasn’t long before Jewgieniew became a top-producing agent and realized that he’d rather run a brokerage, which he’s been doing since May 2005.

Speak from the Heart

Like most super- successful professionals, Jewgieniew is passionate about his business and helping people. “I speak from the heart, and I’m passionate, so what I believe in comes out as genuine, sincere and authentic because it is,” he says. “People can filter through the nonsense.” And he builds that belief into his brokerage. “We have a very strong culture. We create happi- ness from the top down,” he says. His business philosophy is that successful experiences re-energize sales associates and that they become believers in and cheerleaders for your brand. So, it’s his job to create those successful experiences. As a visionary and a builder, Jewgieniew aligns himself with people who can get equally excited about what they’re doing. “Not everyone is a fit for our company. Quality attracts quality.”

He also finds it necessary to constantly be “adapting and evolving.” Part of that change for Realty ONE, he says, is that the company will move away from opening company stores and instead work on franchising the brand to secure a national footprint. “We’re consistently opening three to five franchises monthly in California,” he says. However, he is quick to point out that “even though we’ve grown year over year, we’ve managed and monitored our growth rate. The first year of franchising is a game changer for the organization, and we’re going to take our time.” That’s because Jewgieniew believes that “everyone has a voice. We listen and offer transparency and action,” he says. “Our value proposition is that we add more. We absorb the cost and empower the agent.”

Despite an action-packed career, Jewgieniew is careful to balance his work life with his personal life. “I make it known to my staff that they must have balance as well—even if it means kicking them out of the office when they’re working late nights. I’m as passionate about my family as I am about my career,” he says.

In that personal time, Jewgieniew loves to travel. “My entire family is from Poland, so last year I went to some soccer games there and in Ukraine. I am going to the World Cup in Brazil and also saw the World Cup in South Africa,” says Jewgieniew, who loves to travel domestically just as much as internationally. “The travel and recreation free my mind, which is important. You must re-energize in order to creatively grow a business.”

In fact, says Jewgieniew, he takes his lead from business leaders such as Virgin Airlines Founder and Chairman Richard Branson and SpaceX Founder and Tesla Motors and PayPal Co-founder Elon Musk.

“What really gets my attention are people who don’t take themselves too seriously but are progressive. They’re on the forefront of business.”

I like radical, yet normal guys who are genuine and sincere. One hour with Jewgieniew, and you immediately see how those traits mirror the ones he’s using as a leader. “Agents are ‘the brand’ and we’re spending money in various programs to boost their business at no cost to them as we’re committed to investing in our agents,” he says. “NAR came out with a study that said only 4 percent of people chose their sales associate based on the brokerage with which they were associated. As long as that statistic continues, we’ll have fun disrupting the marketplace.”

No one would ever accuse Thaddeus Wong, co-founder of @properties in Chicago, of not working hard enough. In college, Loyola University Chicago, he worked part-time as a clerk on the trading floor of the Chicago Stock Exchange waited tables on weekends and took a full load of classes. 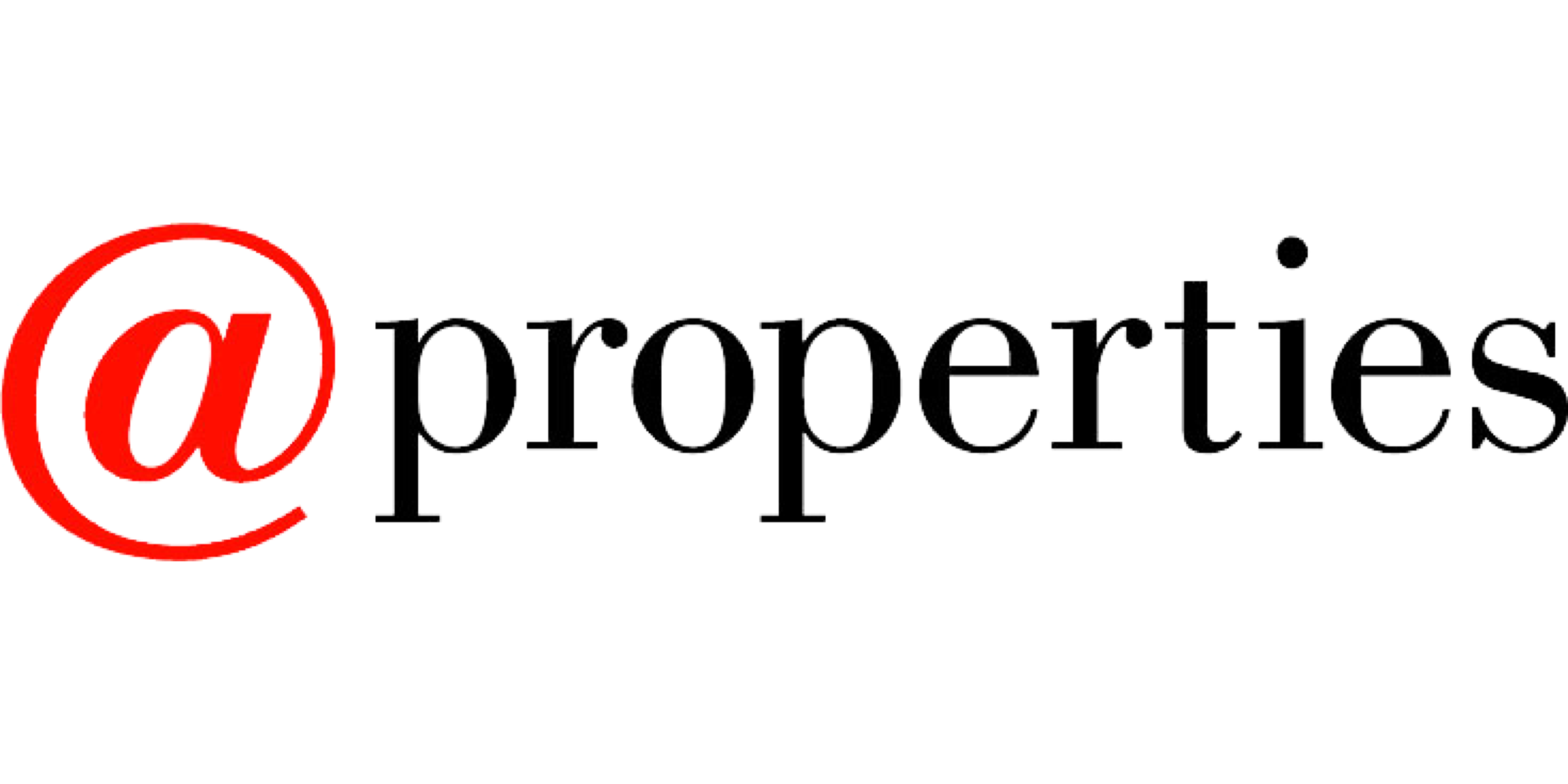 It was during those days on the trading floor that Wong realized that a sales career was where he wanted to be, but not just selling financial products. “I realized that my talents were better suited for relationship selling,” says Wong, who knew that he wanted to sell bigger-ticket items, but still wasn’t sure what. “I wanted something where the relationship would be impactful, something that would allow me to maintain a relationship after the sale, and that led me to real estate,” he says. So, in 1995, Wong graduated from college, took six months of what he calls a vacation (instead of working two jobs and going to school, he worked only one job, with a small brokerage firm) and planned for his career in real estate. “At the time, I lived in Bucktown, an artist community in Chicago that was just beginning its cycle of gentrification,” says Wong. “I built a lot of relationships in the area and worked my network and sphere to build my business.” The area was young and vibrant, and it had a great transportation system. “It was there that I met my current business partner, Mike Golden. We were the only two guys in the office who wore ties,” laughs Wong. The two worked on residential development together and learned about construction and large-scale projects. “When we decided to form @properties in 2000, we brought a wealth of value. We had a strong foundation when it came to designing floor plans and understanding construction so that became our focus,” he says. Wong and Golden formed their new brokerage company, centered on development, sales, and marketing.

Wong noticed that most brokerage companies didn’t understand that the agent was the client. “The brokerage company should be working for the agent,” he says, “so we built [a real estate] business model that attracted agents who understood and wanted that,” Wong says that they took the burden of communication off the agents’ shoulders. “We handle it for them, so there’s greater organization and more consistency.” That, he says, “acted like a magnet to attract new sales associates. Other brokerage companies weren’t doing that. We were a young, fun startup, and we were coming up with innovative ways to help agents grow and develop.”

Now, Wong focuses mainly on driving the business development of the brokerage, where he concentrates on new locations, management, and hiring. “When other brokerages were contracting, we opened one new office a year. We figured that during the downturn would be a great time to go into a market that hasn’t been competitive in the past,” he says.

While Wong may help drive business development, his true acumen is with marketing. “A lot of the ideas and creativity that go with company advertising on a macro level and small agent programs come from my team,” he says. He also enjoys building and growing with people professionally and personally. “I pride myself on being a good listener.

Wong is also working on what he sees as a “data problem.” “We’re all capturing more data than we ever dreamed of,” he says. “The strength of that is that we can now sift through it and get direction. The problem is that oftentimes the data isn’t getting to the right person.” In fact, his team recently solved a huge data problem at his office. “Last year, every agent was emailing listings to every agent in the company. We were each getting 200-plus emails a day, and no one had time to read them all, so we missed out on some great opportunities,” he says. They recently created an agent application that takes that information off of email and puts it in the app. “Agents can organize the information by content and sift through what they deem important first,” he says. “It has taken away 90 percent of the inefficiency of our communication center.”

Since Wong’s wife, Emily, is also in real estate, it’s tough for them to avoid talking shop when they have a rare moment alone together. “We like to go to movies. It’s a way to spend some time together. Plus, we talk so much in our jobs that it’s nice to have some quiet time together,” says Wong. But he won’t get that quiet time at home. The Wongs have four children: Ella (10), Hattie (8), Blake (7) and Palmer (5). “My first real estate listing was on Palmer Street. My wife showed it and that’s how we met, so we decided to name our youngest son Palmer,” says Wong, who was married in 2001. 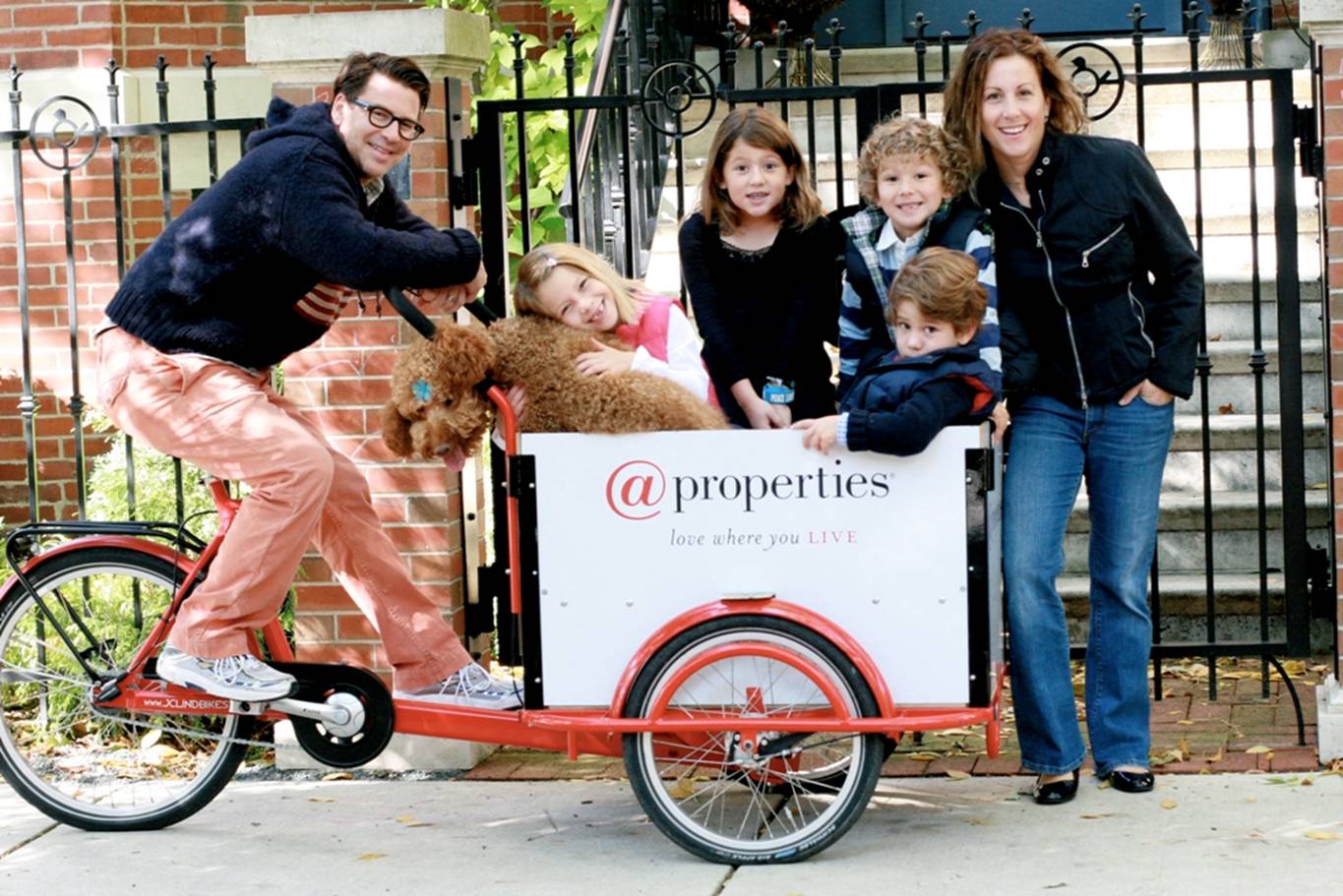 He and Emily like to spend one-on-one time with the children in order to forge a connection. “I was an only child, so I feel like my children get more out of me personally when we’re one on one,” he says. The Wongs are all sports fans, and they love to attend games of all the professional Chicago sports teams—the Bears, Blackhawks, Bulls and White Sox. While Wong finds inspiration in his family, “people who make great decisions on a daily basis” also inspire him.