The winning trio, from the U.S., Canada and Morocco, teamed up in the final round of the contest.

After nearly two years of competition among more than 3,800 teams from 91 countries, Zillow awarded the $1 million Zillow Prize in the contest to improve the accuracy of the Zestimate. The winning team beat the Zillow benchmark model by approximately 13 percent. As a result of these improvements, their work will help push the Zestimate’s current nationwide error rate of 4.5 percent to below 4 percent. 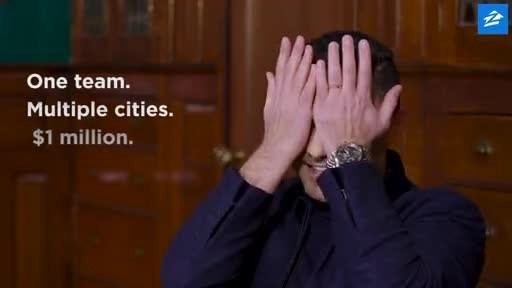 Zillow says its Zestimate is about to get even more accurate thanks to a global competition in which thousands of data scientists came together to improve its algorithm for determining home values.

The winning team, Team ChaNJestimate, comprises data scientists and engineers from around the world: Chahhou Mohamed of Morocco, Jordan Meyer of the United States, and Nima Shahbazi of Canada. In the competition’s initial qualifying round, Nima and Chahhou competed as a duo while Jordan competed on his own. For the final round, the three joined forces after realizing the potential power of combining their Zestimate models. Working across two continents and multiple time zones, the team members have yet to meet in person but have spent hundreds of hours collaborating to beat the algorithm that changed real estate.

“People are incredibly passionate about their home and understanding its value, and we are amazed by the winning team’s hard work the past two years to make the Zestimate even more precise,” said Stan Humphries, chief analytics officer and creator of the Zestimate. “We’ve been on a 13-year journey making the Zestimate more accurate, and hosting Zillow Prize allowed us to invite thousands of brilliant data scientists from around the world to join us on this journey. We’re so proud that the winning team’s huge achievement, and the work of all the teams in the competition, will provide millions of homeowners with a better understanding of one of their biggest life investments.”

The winning team’s algorithm incorporated several sophisticated machine learning techniques, including using deep neural networks to directly estimate home values and remove outlier data points that fed into their algorithm. They also leveraged publicly-available, external data including rental rates, commute times, and home prices, among other types of contextual information, such as road noise – all variables that factor into a home’s estimated value.

Zillow’s team of data scientists has already begun to incorporate parts of the winning team’s algorithm – as well as other ideas inspired by top Zillow Prize competitors – into the Zestimate model that automates home valuations of 110 million homes across the U.S. While home valuation tools will likely never be perfect, incremental improvements in the Zestimate’s error rate will result in more precise home valuations potentially by thousands of dollars – a meaningful amount for homeowners everywhere. On average, the Zestimate is $10,000 off of the actual sale price for a typical home, and with the learnings from Zillow Prize, future Zestimates could be approximately $1,300 closer to the sale pricei.

“It’s amazing to know that millions of people will benefit from our ideas,” said Nima Shahbazi, one of the winning team members. “We brought every novel idea we could to our code and kept experimenting. For every idea that worked, there were a hundred that didn’t work. But we kept going.”

“Everyone knows the Zestimate, whether you’re a data scientist or not. It’s still unbelievable that we won the million-dollar prize,” added teammate Jordan Meyer. “I feel so lucky and so proud of all our hard work.”

The announcement comes nearly two years after launching the competition. In that time, the contest has become one of the most popular machine learning competitions ever on Kaggle, the platform administering the contest. Zillow also awarded $100,000 to the second-place team, Team Silogram-2, and $50,000 to the third-place team, Team Zensemble. In the qualifying round, Team Zensemble placed first and Team Silogram-2 placed second.