Recruiting: How One Agent Recruited 50 Agents Her First Year as a Manager

Baltimore Broker Nakia Evans talks about how teaching makes all the difference. 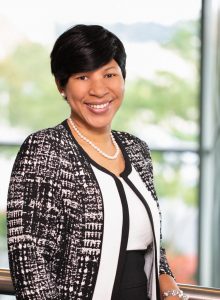 One minute on the phone and you can sense Nakia Evans, manager of the Fells Point office of Coldwell Banker Residential Real Estate in Baltimore, is a confident leader. She has that poise and self-assurance that immediately makes you listen carefully.

So, it’s no surprise to know she bought her first house at age 23. “I bought a HUD home. I had three small children and didn’t want to rent,” she says. When, five years later, she decided to buy a bigger home, she did extensive research on the area she wanted to live, the home she preferred and any financial assistance programs available.

By the time she hired a Realtor to help her, all that needed to be done was view the homes and sign the paperwork. “She told me I would be great in real estate,” Evans laughs. “So, I earned my license, but I kept a full-time job while practicing. In my family, you had a 9 to 5 job and a second part-time job; that’s just what you do.”

In 2011, everything changed after she was in a car accident where she was hit head on by a drunk driver. She was forced to take a year off work to recover. “My position at my full-time job was terminated because I wasn’t able to work for so long. I decided to get into real estate full time,” she says.

While working at an apartment community doing leasing, she earned her broker’s license. She also took about 83 hours of continuing education credit in 2015. Finally, in 2016, she went full time. A year later, she was promoted to manager of the Fells Point office. She recruited 50 agents her first year. She did it by crafting an Agent Bootcamp, offered to any agent, including those in her office. The boot camp offers business best practices such as time blocking, business planning and more. Her first boot camp, she had 35 agents attend.

HERE’S HOW SHE DID IT:

1. Target your audience. Since Evans had been a dual-career agent, she wasn’t averse to working with part-timers. “It takes time to make it in this career, so if I spend time with people who show a desire, I feel I can help them be successful and they’ll ultimately move to full time,” she says. She also targets people in real estate school. “Most managers only target the ones who pass the test the first time. I reach out to those who don’t pass the test on the first try as well. I wanted to get in front of them before they passed the exam and had other brokers recruiting them,” says Evans.

2. Get the word out. Evans used Eventbrite, Facebook and Instagram to get the word out about her boot camps. “Social media is great for reaching people,” she says.

3. Be flexible. Rather than hold a boot camp during the day, consider holding it in the evening. “I used to hold coaching in the mornings and would get a few people. Now I do it in the evening, around 6 p.m. and the turnout is double.”

4. Spend time with agents outside the office. Evans does everything from attend continuing education courses with her agents to riding with them out in the field. “When agents see how involved I am, it shows how much you care and that good will goes a long way,” she says. 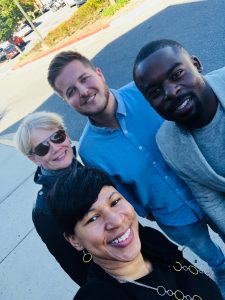 Other than events, Evans says it’s vital to keep your current agents happy and talking about you. “Create video testimonials and feature them on your website. Share them to social media,” she says. In fact, social media is vital to Evans’ recruiting. “I showcase what we’re doing on social media, including our involvement with our local Board of Realtors®,” she says. Finally, thoroughly interview all prospects before hiring. “Meet them in your office, especially at a time when some agents will be around. Our agents provide feedback as well,” she says.

Overall, the key to recruiting is to build relationships and offer value. If agents aren’t getting it from their broker or manager, they’ll be enticed by what you’re offering.

eXp’s Glenn Sanford to agents: Company is “built for this” market shift HW+

At eXp’s Shareholder Summit in Orlando, the company’s leaders say that their virtual, debt-free model will help them thrive in any market.

HomeLight lays off 19% of workforce HW+

Just days after announcing another $115 million in financing, San Francisco real estate company HomeLight announced a layoff of 19% of its workforce.