Gary Keller Takes Over as CEO of Keller Williams

With his announcement that Keller Williams International intends to become a technology leader, Gary Keller shocked the industry with his aggressive plans. Now, he’s taking it one step further and is back at the helm of the company. As Keller Williams continues its digital transformation, Gary Keller has resumed the role of CEO. Gary first served as CEO from 1983 to 1995. 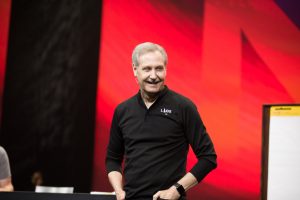 In addition, Chief Innovation Officer Josh Team has been promoted to the role of President.  Over the last several months and in preparation for this transition, Team began leading all marketing, training and operational efforts for the company. As president, he will continue to guide the company to deliver agent solutions and consumer experiences powered by technology. This also includes oversight of KW Labs and leading the rollout of industry-first innovations, including KW Command and Kelle. 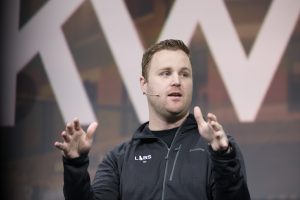 Gary announced the change in a corporate email, outlined below:

As Keller Williams continues our technology transformation, I have resumed the role of CEO and Josh Team has been promoted from Chief Innovation Officer to President.

Since its founding in 1983, Keller Williams has always been a pioneering company focused on growth, innovation, and culture. Nothing has changed. I am as committed as ever to positioning Keller Williams to lead the real estate industry into the future.

Over the past several months in preparation for this transition, Josh began leading all marketing, training and operational efforts for the company. As president, he will continue to guide the company to deliver the best agent solutions and consumer experiences powered by technology. This includes oversight of Labs and the roll-out of industry-first innovations, including KW Command and Kelle.

Together through Labs, Josh and I have collaborated with thousands of you – our agents and leaders in the field – to design the real estate operating system of the future, putting your data back in your hands, and empowering you through AI to provide more value to your clients.

We want to thank John Davis for his decades-long service and contributions to the company. We wish him well in his future endeavors.

We look forward to sharing more about our 2019 plans with the entire Keller Williams family at Family Reunion in February.

About Keller Williams Realty, Inc.
Austin, Texas-based Keller Williams, the world’s largest real estate franchise by agent count, has more than 980 offices and 190,000 associates. The franchise is also No. 1 in units and sales volume in the United States.

In 2015, Keller Williams began its evolution into a technology company, now building the real estate platform that agents’ buyers and sellers prefer. Since 1983, the company has cultivated an agent-centric, technology-driven and education-based culture that rewards agents as stakeholders.