In seven of the 35 largest U.S. housing markets, more than 95 percent of homes are worth more than their peak value during the housing boom

A decade after the U.S. housing market crashed, half of the country’s homes have regained the value they lost during the recession, according to the June Zillow® Real Estate Market Report.

Nationally, the median home value is $217,300, up 8.3 percent over the past year and 8.4 percent above the highest point of the housing bubble. The median home value has surpassed its bubble peak level in 21 of the nation’s 35 largest housing markets.

In places that have seen some of the strongest growth since the market crashed, nearly every home is now more valuable than it was during the boom years. In Denver, the typical home is worth $397,700, which is 65.6 percent higher than its highest point in June 2006. In that market, 99.6 percent of all homes are worth more than they were during the bubble.

While half of the country’s homes have regained all of their lost value, several markets are still trailing in the housing recovery. Despite strong median home-value growth in recent months in Las Vegas – home values have grown at a double-digit pace for 15 consecutive months – less than 1 percent of homes there have fully recovered from the housing bust.

“Even a decade after the 2008 Financial Crisis, and five-plus years into the recovery, it’s clear that the housing boom and bust was felt very differently in various markets – and is still being felt today in many,” said Zillow Senior Economist Aaron Terrazas. “In markets like Las Vegas that got farthest ahead of themselves during the boom, and consequently fell the most, a large majority of homes are still not worth as much today as they were a decade ago. But in markets like Denver that were more stable a decade ago, many more homes are worth more now than ever before. Despite widespread and consistent home value growth today, the scars of the recession still run deep for millions of longer-term U.S. homeowners, and it may take years of growth for their home to regain the value lost a decade ago. And while stabilizing growth in rents is likely a relief for those renters saving to become homeowners, many of those would-be buyers in a number of the nation’s hottest markets will be contending with home prices that are as high as they’ve ever been.”

Rents rose at a 1.3 percent pace over the past year to a median of $1,440. Rent appreciation has slowed nationwide for four straight months and has now been below the overall rate of inflation for two consecutive months.

Riverside and Sacramento saw the greatest annual rent increases among the nation’s largest metros, with rents growing by more than 5 percent in each market.

A limited supply of homes for sale remains a challenge for home shoppers. Inventory was down 4.8 percent from this time a year ago, although the pace of the decline has slowed considerably. In June 2017, inventory was falling at a 12.3 percent annual pace. Atlanta saw the biggest annual decline in inventory, falling 15.7 percent from June 2017.

Mortgage rates on Zillow started and ended June at 4.33 percent. Mortgage rates peaked in mid-June at 4.43 percent. They hit the lowest point late in June at 4.32 percent, before returning to 4.33 percent to end the month. Zillow’s real-time mortgage rates are based on thousands of custom mortgage quotes submitted daily to anonymous borrowers on the Zillow Mortgages site and reflect the most recent changes in the market. 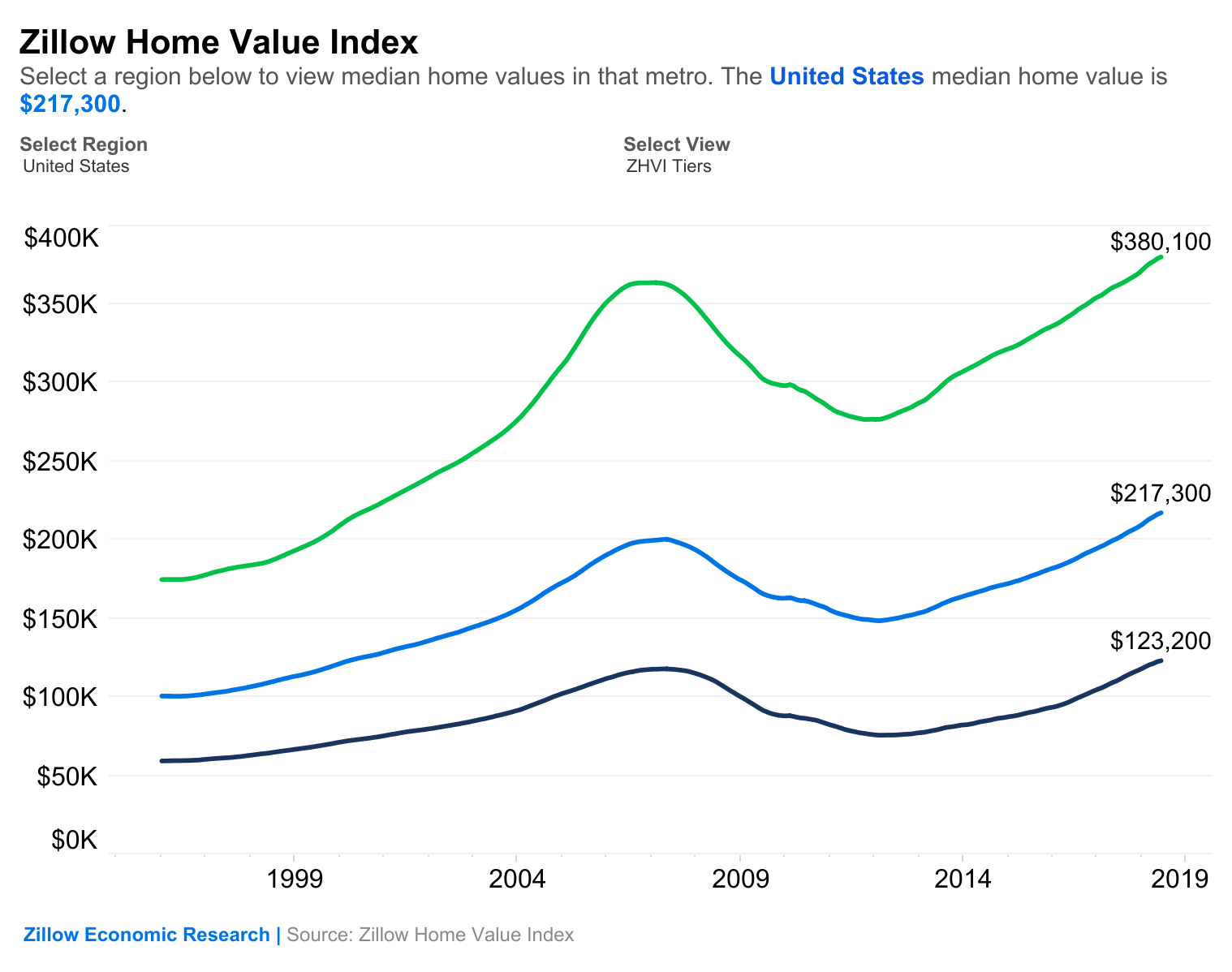 Zillow is the leading real estate and rental marketplace dedicated to empowering consumers with data, inspiration and knowledge around the place they call home, and connecting them with great real estate professionals. In addition, Zillow operates an industry-leading economics and analytics bureau led by Zillow Group’s Chief Economist Dr. Svenja Gudell. Dr. Gudell and her team of economists and data analysts produce extensive housing data and research covering more than 450 markets at Zillow Real Estate Research. Zillow also sponsors the quarterly Zillow Home Price Expectations Survey, which asks more than 100 leading economists, real estate experts and investment and market strategists to predict the path of the Zillow Home Value Index over the next five years. Launched in 2006, Zillow is owned and operated by Zillow Group, Inc. (NASDAQ:Z and ZG), and headquartered in Seattle.

Zillow is a registered trademark of Zillow, Inc.