Realogy is celebrating Pride Month with a series of initiatives involving corporate and local offices throughout the United States. These activities include marches, rallies and sponsorship of, and participation in, the first-ever WorldPride March in New York, showing Realogy’s continued support for its LGBTQ+ employees, franchisees, agents, and diverse communities across the country.

“At Realogy and all of our brands, we are proud to support our LGBTQ+ employees, brokers and agents as we actively foster a culture of inclusiveness every day,” said Ryan Schneider, Realogy’s chief executive officer and president. “Diversity and equality are core to the success of our business, as well as to the success of our franchisees and agents. It is critically important that we lead by example and show LGBTQ+ employees, agents, and customers that we welcome, respect and value them — that our house is truly open.”

Realogy says that a more diverse agent and employee base can help combat discrimination in the housing market noting that its strong record of leadership in supporting the LGBTQ+ community includes: 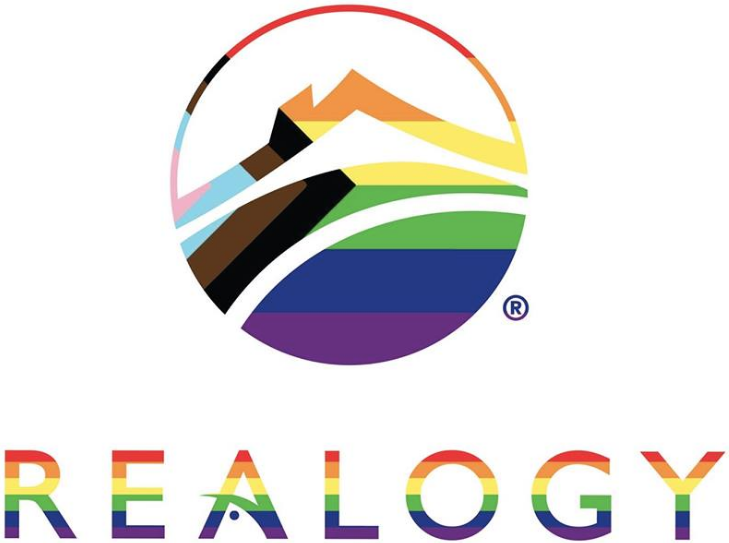 As a visible sign of support during Pride Month, Realogy has replaced its usual green-hued branding with a Pride-inspired rainbow-colored version of its logo on the company’s Facebook, Twitter, and LinkedIn accounts.

Emphasizing greater inclusion and evolution, the Realogy Pride Month logo was updated this year to include the colors of brown and black for the fight against racism and light blue and pink to represent transgender people. Throughout the month, a social campaign using the hashtag #REALPride will highlight stories from across the Realogy-affiliated agent network, giving faces and voices to the company’s inclusive culture.

The company will be well represented at the WorldPride March in New York City on June 30, with 400 employees participating. Many are members or allies of RealPride, Realogy’s flourishing LGBTQ+ Employee Resource Group (ERG).

“The LGBTQ community and its allies have a home at Realogy,” said John Thorpe, Regional Vice President at Better Homes and Gardens Real Estate and leader of the RealPride ERG. “I was thrilled when I was asked to chair the RealPride ERG. I knew that as an employee of Realogy for 15 years that I had a desire and responsibility to embark on a very forward presence for the LGBTQ+ community at Realogy and beyond. Ryan Schneider and John Peyton, president and CEO of the Realogy Franchise Group, have been not only supportive of our key initiatives, but highly engaged in seeing that they come to fruition.”

Realogy, a pioneering member of NAGLREP, announced its support for H.R. 1447 at the organization’s 2018 national convention, where Realogy Senior Vice President of Human Resources Tanya Reu-Narvaez received NAGLREP’s highest honor, the Pinnacle Award, in recognition of her advocacy for the LGBT community and devotion to NAGLREP.

“Realogy has been a terrific partner to NAGLREP from the very beginning, and the company has truly distinguished itself through the numerous ways it supports and serves LGBTQ+ real estate professionals and the broader community,” said Jeff Berger, founder, president and CEO of NAGLREP. “The company has been an important ally in promoting and protecting equality and fairness for the LGBTQ+ real estate market.”

For more information on diversity and inclusion at Realogy, visit www.realogy.com/responsibility/diversity.