In this episode we are breaking down the trends of the week and showing how they impact brokers and agents. Steve Murray, President of REAL Trends discusses the future and reorganization of the MLS. The implications of Realogy’s new brands, and what changes are needed in the industry to attract more traditional capital.

Let’s jump in! Listen to the audio or continue to read below.

The Future of MLS and Reorganization

This brings to mind work that REAL Trends did at the end of the 1980s, and the beginning of the 1990s, yes, that long ago, when we worked with large brokerage companies, groups of them, in about 35 major metropolitan areas to reform MLS. That is regionalize it, lower the costs, and change the governance to get more brokerage leadership back involved.

We worked with groups of brokers in 35 markets. David Charron, then with MLS provider PRC, was a partner in many of these attempts. Recently, I publicly thanked him in a November newsletter article for his help in supporting these brokers’ efforts to regionalize, lower costs, and change governance. What brings this up at this time is, we still seem to be having these kinds of fights among MLSs in various parts of the United States. Right here in the home part of where REAL Trends is headquartered in Castle Pines, Colorado, we have, World War 3 between the dominant MLS in the metro area of Denver, and an MLS that is the dominant force north of Denver to the Wyoming border. Two MLSs serving tens of thousands of users with between 1,500 and 2,000 agents who have to belong to both, because the leadership, both the employed leadership and the directors of these two MLSs, can’t seem to get over who’s more powerful, smarter, etc. It’s amazing that all these years later, these kind of fights and political battles still go on between MLSs.

We congratulate the people in places like southern California, Chicago, Philadelphia and Washington DC, among others, who have consolidated. They have regionalized, and brought brokerage leadership back into governance, and because of the changes over time have got lower costs. In fact in many cases the cost of MLS on an inflation adjusted basis is down from where it was 25 to 30 years ago from the best of our examination. But there are still too many MLSs in the United States. Far too many. There is far too much resistance to the same things there was resistance to years ago. Regionalization.

Why do we need three MLSs on the front range of Colorado? Why do we need multiple MLSs in northern California? Or in areas like Minneapolis-St Paul, where we finally have one, but still much regional work left to be done. We know what’s happened in all these years since. We have Zillow and Realtor.com. We have Upstream. We have Core Logic. We have RPR. We have a multitude of other data providers. Companies that either are in the MLS business or in the business of providing those services, or that could.

Perhaps it’s time, as the Realty Alliance tried to do several years ago, which led to the formation of Upstream, we remind MLSs that while they may be oligopolies or even monopolies in some markets, that doesn’t mean they’re immune to competition. Upstream was not formed for the purpose of being an MLS. But certainly when they succeed in building the warehouse of real estate and real estate practitioner data, they certainly could be. It’s just amazing that today we still have markets around the country that don’t get that the competition is not around the periphery, but rather from outside.

Just a few weeks ago, Realogy announced they were launching two new brands. One is going to come under the brand name of Corcoran, and one is going to come under the brand of Climb. Now no details have yet been released to the public of what specifically is going to be built into these brands. But one can imagine that it’s likely at least that the Corcoran brand might be a high end, urban, boutique brand, given the success of that company in New York City and its environs. Climb, another very successful hip, urban, brand from San Francisco which Realogy acquired some years ago, one could imagine maybe they do the same thing. But maybe Climb will be more of a virtual brokerage, to appeal to young, independent minded teams and agents who don’t really need office space and a lot of hand holding, but do want a significant tech platform.

What would it mean if we’re half right on either or both of these? Is the fact that Realogy is now looking much more to a segmentation brand approach than just a large mass market brand approach. That much we can read into this announcement. We expect that many other companies who are now the dominant national companies, Keller Williams, Berkshire Hathaway, even RE/MAX, may look at new brands to further segment the market. Because let’s face it, that’s the way the whole market’s moving.

In a report that Real Trends wrote for the National Association of Realtors in January, 2003, we called the project ‘From Homogeneity to Segmentation’. Part of the segmentation explanation was going to be that ultimately, the brokerage industry would evolve away from a lot of mass market fairly generic brokerage companies, to something that looks like the hotel industry. Where you can stay at Four Seasons or Ritz Carlton or Peninsula or St Regis. Or you can stay at Homewood Suites, or Hilton Garden or Marriott or JW Marriott. Or Residence Inn or Courtyard or Hilton or Starwood brands. We think that there will be far greater segmentation, and that each of these new entries will try to build something that’s unique that appeals to a certain niche among agents and their customers. It could be as we said that Climb maybe, we don’t know for sure, will look something like a high end eXp Realty if you will. We think there’s probably room for that. There are also plenty of room for high end boutiques, because there are many high end boutique brokerage companies with 15 to 100 agents still existing and doing fine in a lot of major metropolitan areas.

There’s great opportunity for dividing the marketplace into discrete niches or segments. We think that Realogy is taking the first step and starting from scratch to build it exactly the way they want. There’s also nothing to say that local brokers can’t do the same thing. Probably the best known example in the United States has been the nearly 20 year successful operation of a company called Brown Harris Stevens in Manhattan area of New York City, which is very successful high end brokerage. But the same people that own Brown Harris Stevens also own Halstead, which is a much larger medium to upper middle class brokerage market focus. Doesn’t mean there aren’t high end agents in Halstead, or that there are agents at Brown Harris that focus on the medium to upper medium range of the market. But their general marketing and brand focus is, Brown Harris Stevens is on the very high end, Halstead on medium to upper middle class purchasers and sellers. Both have been run very successfully for many years. We expect to see more of this in the days and years ahead.

Up until just this last year, apart from companies like Compass or EXP, and a few others to some extent. Zip Realty comes to mind. Redfin comes to mind. Residential brokerage companies have not attracted outside investor capital. Now we’ve noticed the flood of capital into real estate technology companies, and there certainly has been plenty of that. But we’re not talking about that. We’re talking about purely investor interest in residential brokerage companies.

One of the reasons for a lack of such interest was the lack of any knowledge about the economics of the residential brokerage business on Wall Street. One can tell that from some of the real estate technology investments they’ve made in years past, that let’s just say didn’t pan out despite their best efforts.

The other factor was, we had two enormous buyers, that would be Realogy and Berkshire Hathaway, who have dominated the landscape for the acquisition of leading brokerage companies for almost the last 20 years. There really was no reason for large privately owned brokerage companies to go looking for investor capital when two of the finest buyers, who also understood the business and who paid very reasonable prices and terms, were buying, there was simply no reason to seek such capital.

That interest is coming from outside our borders as well. For the first time we’re going to see private capital come into the brokerage business. What it mean is rather than being owner operators, these investors are structuring their deals to keep the leadership and the management involved. Not just involved as employees, but involved as fellow shareholders.

The other thing that’s attracting investor interest is the proven concept of cross marketing core services. That is, the brokerage’s ability with scale to be in the mortgage, title, escrow, property management, and residential property management business. All of them with reasonable to better than average margins. All of them related to the core mission of the residential brokerage company, which is to help consumers buy and sell homes.

One last thing that’s causing investors to get interested now is the decline in existing home sales seven of the last eight months. The kind of softening up of the housing market. The competitive pressures, which are leading to declining gross margins and profit margins, create the right opportunity for these investors to purchase at good prices, not cheap but not where they were a year and a half to two years ago, and to assemble numerous brokerages in given marketplaces as a roll up strategy. Here at REAL Trends we are representing record numbers of people in valuations and record numbers of people that are looking for outside capital, purchases of their businesses, and we expect that will continue. 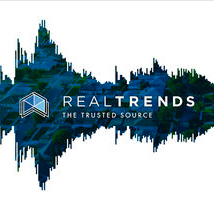