Yes and No. We were was as surprised as anyone about the news that  Compass purchased a significant stake in  Pacific Union. The combination of the two will make for a very powerful brokerage firm, not only in northern California but in the Los Angeles area as well.  What we think is more important is that Compass has now indicated in the strongest possible manner that they are not just intending to be a major factor in key markets but they will invest their capital to do so in a very very aggressive manner.
However, having represented  Paragon of San Francisco in a deal that closed in June, Steve Murray, president of REAL Trends was not surprised by this step.
“They have a very forward-thinking leadership team and a great deal team that is more than capable of making these kinds of deals work.” 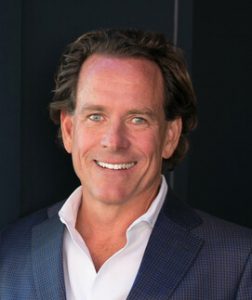 Pacific Union, founded in 1975, was acquired by CEO Mark A. McLaughlin in 2009. Since then, McLaughlin has grown the company from $2.1 billion in sales volume to $14.1 billion in 2017. Pacific Union has over 50 offices and nearly 1,700 real estate professionals throughout California. Their deep commitment to professionalism and client service make them an ideal strategic and cultural fit for Compass.

“This is an exciting time as we embark on this partnership with Compass. I look forward to working alongside the Compass team to continue to improve the lives and businesses of our real estate professionals.”

The market slowdown is slowing down HW+

With fewer homes on the market, sellers are facing less competition in attracting the now more limited pool of buyers.