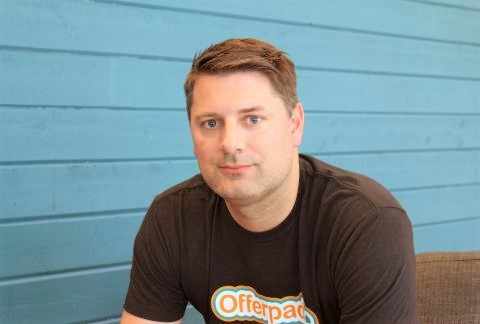 Bryan LaFranchi has been promoted to National Director of Homebuilder Alliances.

Phoenix-based iBuyer Offerpad has named Bryan LaFranchi to a new leadership role–National Director of Homebuilder Alliances. In a press release, Offerpad says creating the new position is the first move of many planned as part of a larger effort to cultivate more consumer-friendly solutions for homeowners and buyers.

Bryan LaFranchi joins Offerpad after serving over nine years at Zillow Group where, as Senior Sales Manager, he built sales teams focused directly on the homebuilding industry. He has a proven track record of improving conversion rates and ROI for partnered homebuilders and in 2018 was named among Professional Builder’s 40 under 40, honoring home building’s most influential young leaders.

Offerpad’s Homebuilder Alliance program enables homeowners to coordinate the sale of their existing home to coincide with the purchase of a new construction home. Offerpad pays cash for homeowners’ current home, which can then be applied toward a new build.

By working directly with Offerpad, consumers can eliminate the contingency of needing to sell before buying a house. When they go to an Offerpad-partnered homebuilder to purchase their new build and request an offer for their existing home from Offerpad, homeowners can expect a cash offer within 60 minutes; Offerpad’s typical offer delivery is 24 to 48 hours.

As an indicator of its success, Offerpad’s Homebuilder Alliance program has garnered cooperation with some of the biggest home builders across the country. Participants include builders such as Meritage, Maracay, M/I Homes, Pulte, Trendmaker, and others in various locations across Offerpad’s available metro area operations.*

Bryan LaFranchi will lead the expansion of the program into new cities as well as new product development tailored to buyers of new-construction homes.

As homebuyer demand wanes, housing starts continued to fall in July as builders are wary of accumulating a backlog of inventory.