With a stint as a fourth-place finalist on American Idol, three albums and an international tour under his belt, Jason Castro decided to settle into real estate.

That doesn’t mean music is out of his life forever. “I still perform at least once a month with my brother [and fellow real estate agent] Michael Castro,” says Jason, who recently joined Coldwell Banker Residential Brokerage’s Lakewood office in Dallas. His team, Castro Property Group, is comprised of Jason, Michael and friend Matt Keeton. 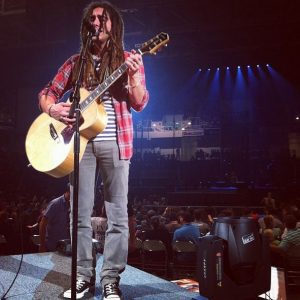 Music has always been a big part of Jason Castro’s life. He says the lessons learned when he was a contestant on American Idol in 2008 have helped him in real estate.

Jason’s path to real estate started with his father. “My dad is in design construction. He’s an architect and that creative side appealed to me,” he says. However, what spurred him to take action was a book. “My friend gave me the book, Rich Dad, Poor Dad, and that got me focused on investing in real estate.”

By the time he was 20, he was investing in properties, remodeling them and renting them out. However, music was such a big part of his life that he decided to try his hand at a music career rather than immediately earn his real estate license. “I tried out for American Idol and was on the show in 2008,” he says.

Music had always been a big part of Jason’s life. “My dad sang at church, and he had five brothers and sisters who sing and play guitar. My mom and siblings sing as well.” Once the show was over, Jason released an album and started touring. “Touring can be stressful,” says Jason, who is married to Mandy and has three girls, ages 7, 3 and 1.

“After a couple years, Mandy and I wanted a break. I needed to decide whether to pursue a music career or do something else,” he says. By that time, the couple had bought and remodeled several houses and used them as rental properties. “While touring, I decided to get my real estate license for personal reasons, so I could buy properties myself,” says Jason.

However, he soon realized that the opportunities in real estate were endless and he could spend more time with his family. “The decision was made for me as I could see my family every night,” he says. That was eight years ago. “I haven’t given up performing,” he says. Jason and his brother, Michael, still perform together once a month supporting Visit Dallas.

“We wrote a song for them and shot a music video. We also do events for them around the country and Europe expressing what a great vacation destination Dallas is.” He’s also trying to incorporate music into his real estate practice. “Our band, Castro the Band, is planning to perform at our launch party. We also want to do live performances at open houses.”

Along the way, Jason says he learned many lessons from American Idol that have proved useful in real estate. “You wouldn’t think that the careers overlap, but my music career trained me for [my real estate] career. Music hours are crazy, and it’s pretty much the same with real estate.” He also notes that growing up he was a shy kid but touring and meeting hundreds of new people a day “helped me develop a skill where I feel comfortable speaking with anyone from any walk of life and that helps me in my business.”

Finally, Jason Castro says having daily interactions with his management team taught him how to communicate professionally in person and via email and phone. “Real estate is like a performance. Every time you go into a listing presentation, you get more and more comfortable with the art of selling a home.” 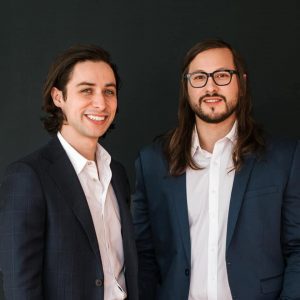 Brothers Jason and Michael Castro are in real estate together in Dallas.

Upon transitioning to Coldwell Banker Residential Brokerage, Castro formed Castro Property Group with his brother Michael and friend Matt Keeton, to better serve the needs of his growing client base.

“For our team, this year is all about building, getting organized and taking better care of our clients,” says Jason. “We’re building our base and plan to eventually build a larger team.” With his local fame and drive to succeed, Jason says he picked the perfect path that combines his love of music with his business savvy.