Many of the national networks are making moves to bring technology in-house. Will it work?

Keller Williams recently announced that they are providing a total platform for their agents and customers. RE/MAX announced the acquisition of one of the better real estate web services’ companies in the country. Realogy reshuffled their senior team, and the CEO announced a focus on better use of data. Berkshire Hathaway wants to take their technology in-house.

Last year, we said that each of the national real estate national franchisers had announced and signaled their intentions to bring their technology in-house as opposed to assembling outside suppliers. Whether this was the view that big data and artificial intelligence were becoming far more important than in the past or a myriad of other reasons, these global real estate firms were moving in a wholly new direction than in the past. Certainly, each was also watching firms like Redfin, Compass and others, raising hundreds of millions of dollars of capital to invest in real estate technology and brokerage.

Will Agents Adopt These Platforms?

There are thousands of other words written about whether they are too late to the game, that they can’t catch up to Zillow, Realtor.com and others in the technology game or that they will never get their agents to buy-in to their technology platforms. After all, agents and teams already have access to their own and will be loath to adopt the franchisers’ tech platforms. On this last score, brokerage firms talk about the struggle to get their agents to adopt technology that the broker has vetted and deployed. So, this is not a new story. As for whether the first two issues are right or wrong depends on your understanding and reading of franchisers’ and affiliates’ perspectives.

We tend to look at this differently. First, saying that they are too late to the game is to say that Google couldn’t supplant Microsoft; that Apple couldn’t compete in the cell phone market; that Facebook couldn’t catch Google—you get the point. Saying that the major franchise organizations can’t compete in providing technology against incumbents is nonsense. They have enormous sums of capital to deploy. They have thousands of agents and hundreds of thousands of customers and have well-known and trusted brand names. They can, and likely will, compete just fine. We don’t doubt their ability to build or buy technology that will enable them to do so.

The Use of Data and Artificial Intelligence (AI)

What national networks know is that the strategic use of data and artificial intelligence are not fads. That would be like saying that Billy Beane and Paul DePodesta of Moneyball fame were just data geeks. Except, they showed how using data could change an entire industry forever. No one doubts that using data strategically or using intelligent systems are highly important. They also know that the major challenge is not whether they should build such systems, but whether they can get their brokerage affiliates, agents and housing consumers to use these systems. 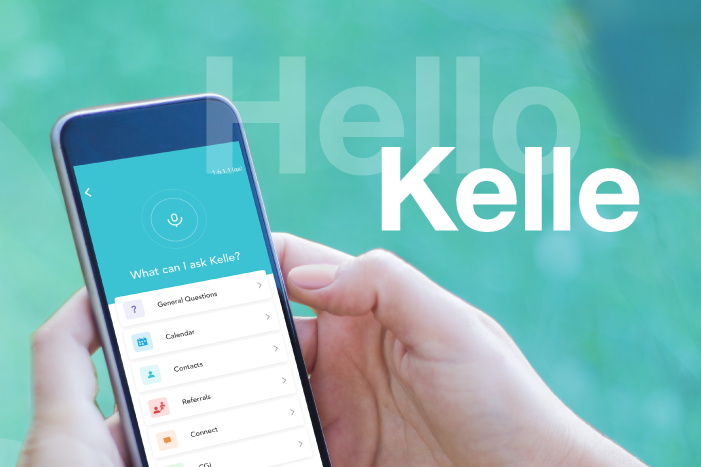 Consider this. Google, Amazon, Realtor.com and Zillow did not get our information for free. There was an exchange of value. Without going into this deeply, that is a fact. Google gave us the ability to search everything for free easily—something those of us born before they were invented know was not easy. Facebook enabled users to find friends and stay in touch in ways never dreamed about before. Amazon allows you to buy tons of products and have them on your doorstep within days. Realtor.com and Zillow gave us access to everything residential—listings, sales, valuations and millions of housing consumers. In each case, there was an exchange of value that was acceptable to millions of people.

Rather than deliver raw data, many of these firms brought answers and solutions to everyday challenges. Call them smart solutions or intelligent systems, but they delivered more than data. Years ago, it was noted that data is at the bottom of the value chain. Organize that data, and you have information. Put that information into the hands of people who know what to do with it, and you have knowledge. Knowledge is the top of the food chain, not data. Those firms listed above are focusing on knowledge, not just data. The Moneyball system doesn’t work if owners, general managers and coaches don’t know how to use the data to pick the right players.

How to Be Successful

So, the way any franchiser can be successful is to create systems that incorporate both the exchange of value and the delivery of information to the right people who know how to act on it. Hence, their challenge is not so much about whether they can assemble the systems to compete with Redfin, Realtor.com or Zillow, but that they can solve for the problem of getting their brokerage affiliates, teams and agents to adopt what they are providing.

Hence, if they build it, will they come is the real question.

Gary Keller thinks they can. If Keller Williams builds a large ecosystem of consumer and housing data and delivers it in a way that gives agents more knowledge about these things than their competitors, why shouldn’t we think that Realogy, RE/MAX and Berkshire Hathaway can do it too?

How to Get Buy-in is the Question

How they get buy-in from their brokerage firms, agents and teams is an entirely different question. They do have some advantages. They can amend their current value exchange in a myriad of ways, and they can make it so easy and inexpensive to use their systems that agents would be foolish not to do so.

Lastly, given the turnover in the industry, how long is it before more than half of their agents were new to them in the past five years? Further, if we move to proprietary systems among these large enterprises, how much more difficult is it to move from one organization to the next?

We are not saying that building a complete platform is easy. It’s not. If it were, it would have been done already. Redfin has one of the most complete real estate platforms and spent hundreds of millions building it. Yet, after 10 years, their brand still has less than 1 percent market share in the United States. It’s not easy.

What we are saying is that we think the real challenge will be getting buy-in. And, that calls for a fundamental reexamination of the relationship between the franchiser, their affiliated brokerage firms, agents and the housing consumer. That is a far larger challenge than most think. Doable, yes. Easy, no