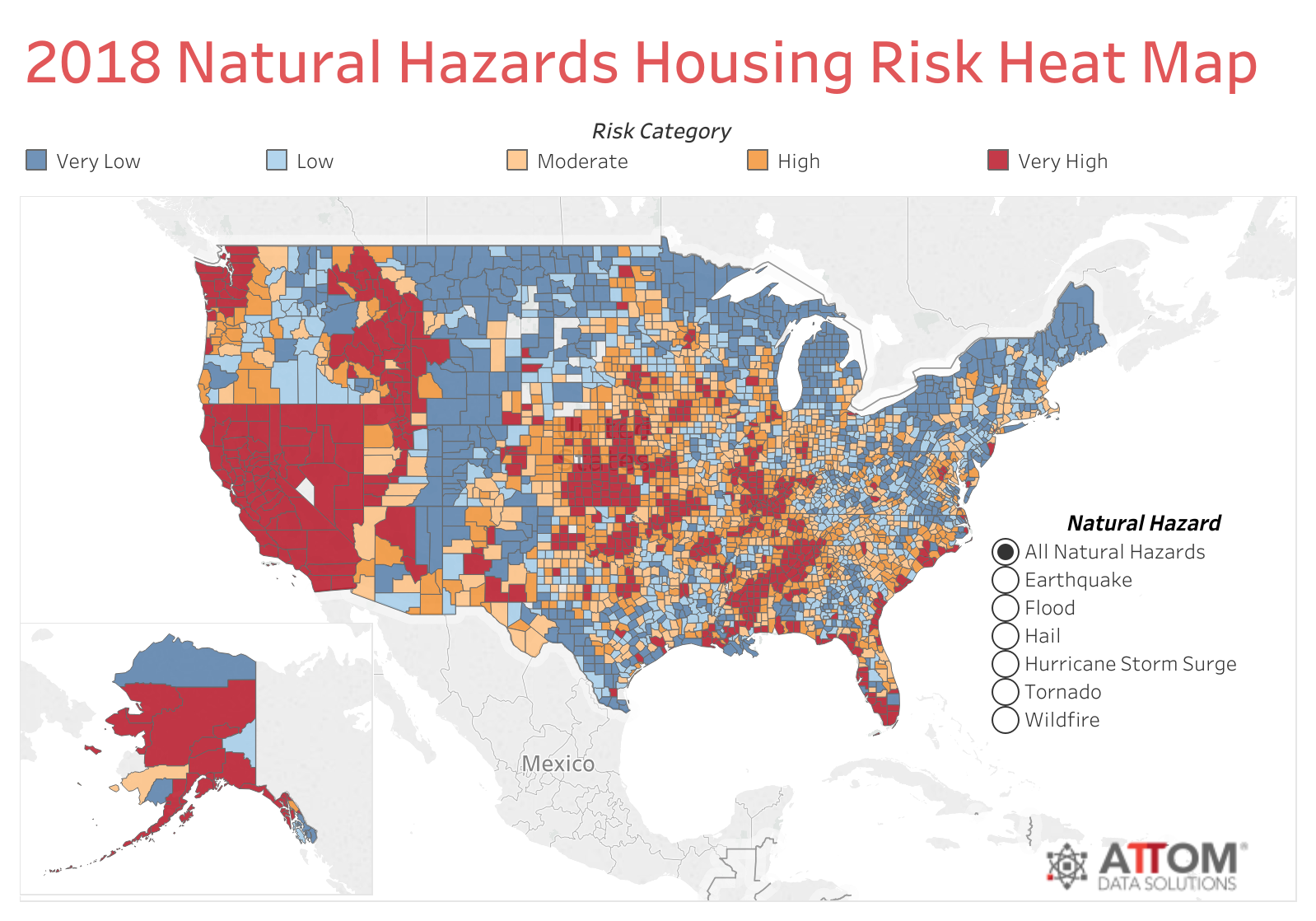 “Weather is the largest external swing factor in U.S. economics and accounts for over $550 billion per year in lost revenue and up to 76,000 lost jobs,” said Mark Gibbas, president and CEO at WeatherSource, a technology company that provides global weather and climate data along with advanced analytics. “Weather can have an enormous impact on homeowners and the housing market.  When big weather events such as hurricanes, tornados and hail hit, many homeowners suffer financial hardship from various sources such as lost wages and losses due to inadequate insurance. And while the impact on homeowners can be severe, hurricanes like Harvey can change the landscape of the housing market region wide, including shifts in the number of available homes and shifts in home values.”

Cities with the highest flood risk also posted seriously underwater rates (loan-to-value ratio of 125 percent or higher) above the overall market average — 8.9 percent of all homes with a mortgage compared to 8.5 percent nationwide. Tornado risk was the only other individual natural hazard risk factor with seriously underwater rates above the market average in the highest risk cities — 10.0 percent of all homes with a mortgage.