At REAL Trends Gathering of Eagles, brokers, CEOs and leaders sat down together to mull over the potential challenges the industry faces and how CEOs of the biggest companies in real estate are facing them head-on.

John Peyton, President and CEO of Realogy Franchise Group, comes from the hotel industry, where you can control the brand and story with scripts, training, uniforms, etc. Not so much in real estate. And when it comes to working with franchisees and their agents, he says, “Focus on two or three, story components that agents can grab onto instead of handing them a giant company manual of values.”

Peyton also described a recruiting campaign they launched to their franchisees, but only about 100 out of the 1,000 that registered for the campaign actually yielded some recruits. They tried to figure out what was happening and learned that over half of franchisees they talked to couldn’t effectively describe their value proposition to agents. Realogy Franchise wants to help their affiliates recruit, “Because big is better in this space.” While the classic value proposition involves marketing and branding, Peyton describes today’s value proposition to focus more on tools, data, technology, and analytics.

Big data is something Peyton admits Realogy hasn’t mastered yet, and he sees it as a challenge for the industry as a whole. “The data hype came about ten years before we really knew how to harvest it.” Now, they’re looking to predictive analytics and machine learning to provide the kind of “Recommended for You” service that is bringing so much success to Amazon and Netflix. Right now, 30 percent of Amazon’s revenue is generated by its recommendation engine, and more than 70 percent of the shows people watch on Netflix is the result of their recommendation algorithm. Peyton hopes to apply this technology to help predict which homeowners are likely to sell, where likely buyers for a property will be located, and even when agents are likely to switch brokerages.

Only a 15-minute break separated Peyton’s warm and fuzzy outlook with Rob Hahn’s apocalyptic prediction for the future. ”The truth is you’re all dying on your deathbeds,” said Hahn.

He then asked three questions to the room full of brokers: “Are commission splits getting lower or higher? Are brokers getting easier or harder? Is it getting easier or more difficult to manage your agents?” He says, “Higher, Harder, Worse.”

Hahn goes on to explain that the traditional real estate broker is no longer in the real estate industry. Instead, they’re in the recruitment industry. “And why is it so difficult to recruit? Because there’s little differentiation between brands,” said Hahn. There are three main offerings from a brokerage to an agent: technology, leads, and training. Does the brokerage do this better than any other vendors and service providers that specialize in technology, leads or training? Which of the three things can agents purchase themselves, independent of the brokerage? All of them. “What is it that brokerages do?” asked Hahn. “You recruit talent, you retain talent, and you take a piece of the action. A business model shared with only one other industry in North America: a pimp. Except pimps keep more of the money.”

Hahn’s suggested solution to this doomsday: For brokerages to operate like a professional services firm—think law firm—where you eliminate the independent contractor, make your top producers equitable partners and everyone else is an employee associate.

Steve Murray asked a very important question: “’Is hiring minorities in leadership a top priority?” ERA CEO Simon Chen; RE/MAX CEO Adam Contos and Coldwell Banker CEO Charlie Young all said yes. But unfortunately, they each struggled to elaborate. Their answers went a little something like this, “Our CFO is a woman” and “Well, I’m a minority, so, there’s that” and “We definitely foster diversity.”  This question could have been a nice opportunity for them to talk about their diversity initiatives and inspire leaders in the room to develop similar programs.

In his closing remarks, Steve Murray said it takes three things to be a successful brokerage:

Overall, the three-day conference had speakers and content that reflected two extremes: the doom and gloom fear of what’s to come and the more inspiring, ‘we got this because we’re still in the business of human connection and nothing will take that away,’ attitude. My takeaway is that both are important, but real estate is not all technology or all people; it’s the mix of the two that guides the way toward the future. 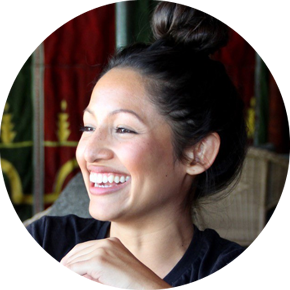 Born and raised in the Mojave Desert, Caroline studied Journalism at Cal State Long Beach, worked at Fox News and The Walt Disney Company. The path was paved early on for Caroline as she always felt the desire to give back and apply her experiences in story-telling and creativity towards something bigger.