4 Ways to Sell to Baby Boomers and Gain Their Trust

Earlier this year, The Wall Street Journal pointed out a growing trend in the real estate industry: Baby boomers are on the move. Just a decade ago, this generation was busy building “McMansions” and now they’re trying to sell these extravagant homes in favor of something easier to manage.

As an agent, you’re already used to tailoring your sales approach to different generations with different needs. That said, not every baby boomer is created equal. Younger boomers, those aged 55 to 64, are still largely part of the workforce. As such, their housing needs are much different than those of older boomers, aged 65 to 73, who are now entering retirement. With that in mind, we’ve brought you four strategies you can use to connect with boomers of all ages.

Rather than being in the market for those sprawling properties that are so indicative of the early 2000s, millennials are interested in smaller, more affordable alternatives to their parents’ large estates.

Not only that, but they’re also looking for updated homes with a modern flair. Sellers who want to appeal to these buyers often find themselves faced with the prospect of doing renovations or, at the very least, a series of cosmetic updates before they start seeing traffic.

In either case, these stately homes that boomers built are frequently selling for steep discounts — sometimes up to as much as 50% — which can come as quite a shock to many sellers who expect their home to be their biggest asset.

On the buying end, aside from the requisite updated bathrooms and high-end kitchens, baby boomers may be looking for some unique features as they hit the market. In particular, they’re looking toward certain safety features that are aimed at making aging in place more of a possibility.

According to the 2018 US Houzz Bathroom Trends Study, 35% of boomers (who categorized as being aged 55 or older) were addressing current accessibility and safety concerns while an additional 21% were anticipating future needs. For instance, over half of those surveyed elected to add additional safety features such as a shower seat, non-slip surfaces or grab bars in bathrooms.

By highlighting those features in listings, you can appeal to a boomer’s sense of security. And while the newest home technology, like Nest and SimpliSafe, making a name for itself as an in-demand addition to any household, it can also help ease any fears boomers have about home safety. An added bonus? Those kinds of tech features may result in discounted home insurance policies.

Conventional wisdom may hold that as you enter your golden years, you begin to long for a home that is smaller and easier to manage. It’s why so many older adults from generations past have moved to condos or apartments as they age. But, that’s not necessarily true for a number of boomers who, it seems, still a want sizable living space.

Research by the Demand Institute found that as many as 46% of boomers were looking for larger, more expensive homes than they currently own. In addition, The The National Association of Realtors (NAR) found that younger boomers, in particular, were the most likely group surveyed interested in buying a larger, multi-generational home. The reasons cited for this included a convergence of adult children moving back home and the need to care for aging parents.

Older boomers, on the other hand, cited retirement as one of their main causes for buying a home, according to NAR’s 2019 Generational Trends Report. Given that retirees are often on a fixed income, it’s likely they’ll want to buy something that is easier to manage, both physically and financially.

4. Prepare for a long-distance move

The same report also pointed to another interesting trend: Despite their age, baby boomers were among those most likely to undertake a long-distance move, so don’t hesitate showing them houses a little outside their desired area. On average, buyers among different generations moved about 15 miles from their former home. Younger boomers, however, moved 20 miles away while older boomers moved 30 miles away — same as those from the silent generation.

This is partly due to a desire to be closer to friends and family, according to the report. For boomers 64 to 72, it was the primary reason for the move, and for boomers 54 to 63, it was a close second to relocating for a job.

Like it or not, baby boomers have different values, wants and struggles to contend with than the generations of retirees before them. There are even major differences between older and younger boomers themselves. In order to gain their trust as an agent, you need to understand both where they’re coming from and what is important to them. 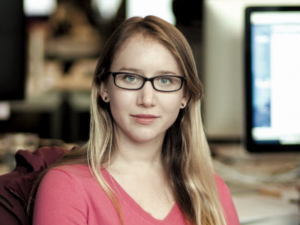 Maxime Croll is an insurance expert and Product Manager at ValuePenguin. Educating and assisting shoppers about financial products is her focus and passion. She has been featured on Newsmax, ThriveGlobal and Forbes Business Development Council.