Burnett joins Offerpad with over 25 years of financial experience across a variety of industries. Prior to joining Offerpad, he served as the Executive Vice President and Chief Financial Officer of AV Homes, Inc. There, Burnett expanded operating margins, leveraging its cost base and improving efficiency that reversed a trend of operating losses to sustainable profits. He also helped the company grow revenue from $140 million to a run rate of nearly $1 billion by executing a five-year strategic business plan and through a combination of organic growth and acquisitions. For more information, visit http://www.offerpad.com 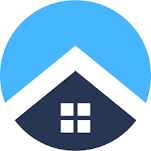 HomeLight announced that it has closed $109 million of new financing. The round was led by Zeev Ventures, with participation from Group 11, Menlo Ventures, Crosslink Capital, Stereo Capital, and others.

HomeLight’s vision is to forever transform the way people buy and sell homes in order to make real estate transactions certain, simple, and satisfying for every buyer and seller. In 2020 and beyond HomeLight will continue to expand its agent and investor matching platform, build consumer financial and lending products, and expand coverage of best-in-class transactional tools. For more information, visit http://www.homelight.com

RateMyAgent, the global agent reviews and marketing platform for real estate professionals to generate, aggregate, and syndicate client reviews, today announced syndication of RealSatisfied recommendation data into the RateMyAgent platform. This channel extension and use of API technology expands the benefits of RateMyAgent’s Everywhere Reviews offering, ensuring frictionless access for real estate agents to their online data while increasing overall review consolidation, integration and greater syndication across all marketing channels, including Google, Facebook, and other social media.

Side Raises Over $60 Million

Side, the only real estate brokerage that enables high-performing agents, teams, and local brokerages to grow their businesses and their own boutique brands, announced it has raised over $60 million in total funding, including the most recent $35 million raised in a Series C round led by Paul Levine, Managing Director at Sapphire Ventures.

Levine, who also joins Side’s Board of Directors, was previously President/COO of Trulia through their IPO and multi-billion dollar acquisition by Zillow. Patricia Nakache of Trinity Ventures, Dana Stalder of Matrix Partners and a host of strategic real estate investors also participated in the round. For more information, visit www.sideinc.com.

UpNest (http://www.upnest.com), a fast-growing real estate agent marketplace, announced it ranked #116 on Deloitte’s 2019 Technology Fast 500™, and #19 in Bay Area. This is the second year UpNest was named to the Technology Fast 500™ list, just weeks after Inc. Magazine featured the company in the magazine’s top 500 fastest-growing private companies in 2019.

First, an intelligent coaching platform for the real estate market, today introduced a major enhancement to its First mobile application — Personal Network Efficiency™. Personal Network Efficiency completes the sales funnel – reporting how much listing business has actually been won and lost. To achieve this, the First app is the only platform that maps agent’s contacts to the property they own and then connects this to real-time MLS listing data to provide agents with visibility into the listing activity of their personal networks.

“Personal relationships are an agent’s most important asset, and on average, agents are missing 80% of the deals from people in their own relationship network,” said Mike Schneider, CEO of First. “With our contact cleanup and enhancement and the Personal Network Efficiency metric, we are giving agents a tool to track their network and win more deals every year. In its initial launch, we’ve observed as many as 5 to 9 additional deals per year.”

Currently, KW agents can opt to integrate the features of Dotloop via the KW MarketPlace, an app store for KW agents to browse top software integrations made by non-Keller Williams developers. As another layer of customization of Command, the new Dotloop integration offers agents choice around transaction management.

KW agents who integrate Dotloop into Command will have access to a comprehensive suite of interactive forms, customizable templates that tailor workflows to a team’s exact needs, and a robust mobile app with an innovative text-messenger feature, providing agents with rapid client response times and real-time notifications as they share and edit documents, collect e-Signatures and close deals via text.