Blockchain has changed the real estate industry through the “tokenization of assets” and unleashed its maximum potential via data security and transparency. 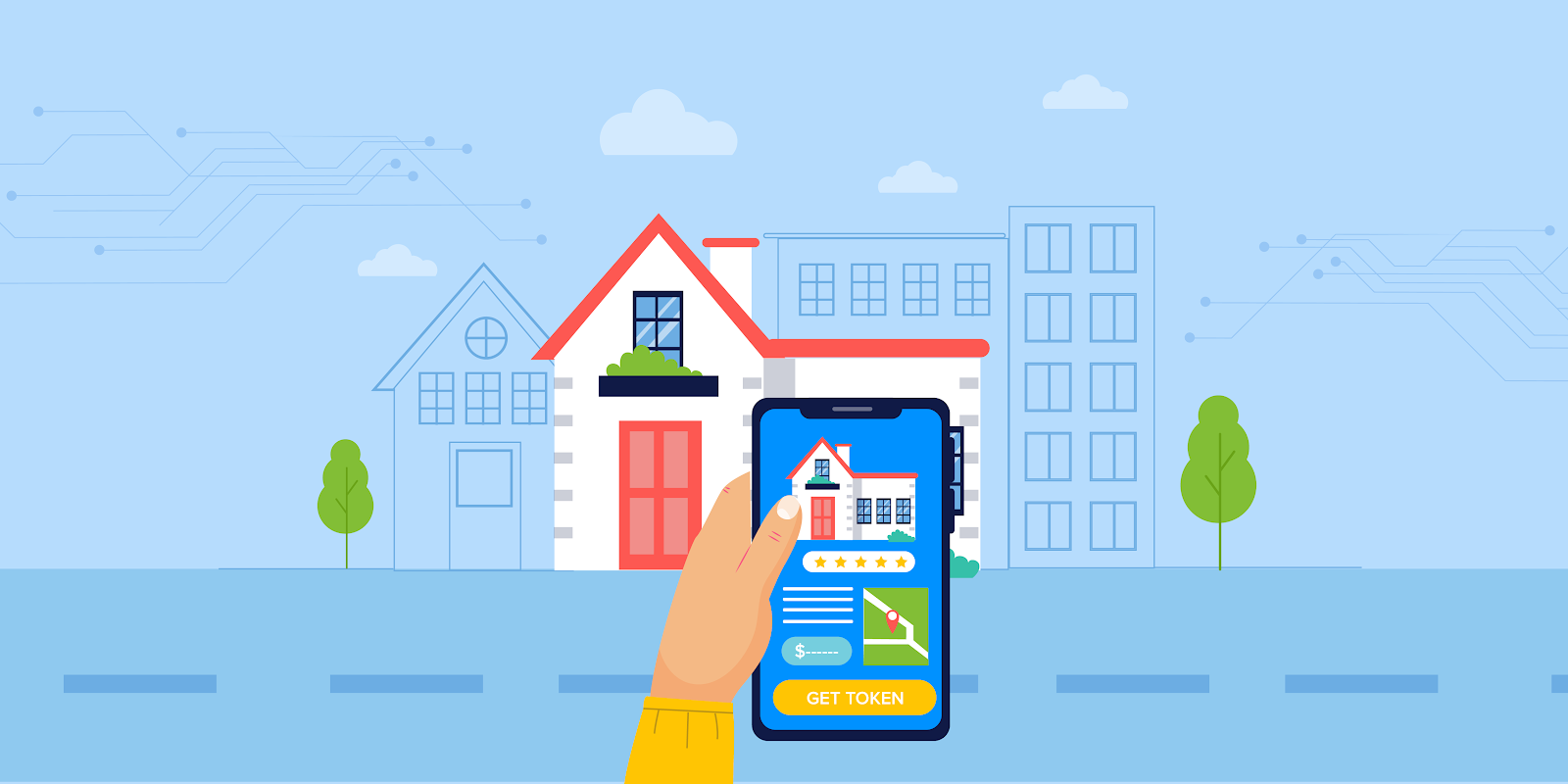 Blockchain has proven to be a new beginning in the data security world. It has proven its worth and application much more than cryptocurrency and has now been adapted to face various industrial challenges we have been facing for ages. Its impact has not far-fetched even from the slowest of the sectors in technological advancement games. One of such sectors is real estate.

A recent example of it is Blockchain revitalizing the real estate sector and being crucial in changing the scenario of the industry. One of the latest developments in the blockchain is the tokenization of Assets which seems to abolish the age-old dependency on a pen, paper, and distance.

In this article, we will share how tokenization will change the ways we have been investing in properties around the world. But first, let’s get a better idea of Blockchain and tokenization.

In the simplest of words, Blockchain is a diary that is impossible to break-in. Blockchain uses output hash to convert the data into a code that is impossible to decipher. A hash is a combination of numbers and alphabets which works like a mathematical function that converts variable characters into fixed numbers and vice versa. Even the smallest change in the fixed variable will produce a completely new hash.

The image above is an example of blockchain changing input into variable hash codes.

Tokenization Is A New Leap In Blockchain

TrustCommerce introduced tokenization in 2001 which has liberated data security in many ways. Where for the creating  “hash”, data is passed through an algorithm, with tokenization, the dependencies on companies using the data has been dismissed completely.

With this new method, a phenomenon took place known as “tokenization of assets”. It refers to a secured blockchain token that digitally represents a real tradable asset. It can be a building, land, or anything else. These are created through an initial coin offering also known as security token offering (STO).

Problems of real estate sectors going to be solved by tokenization of assets.

Real estate is an age-old industry that hasn’t changed much in the course of human development. Still today, we are dependent on paper and pen to transfer land ownership and face several problems when it comes to looking for good property deals.

Finding enough capital for investing in real estate is also limited to a portion of the population and is still an unexplored market with huge potential. Blockchain, with its “tokenization of assets” is going to change that forever. Here are some fundamental problems of the real estate sector and how blockchain will solve them.

Looking for an ideal property is crucial for making a good deal. Earlier, word of mouth served the purpose with more primitive marketing techniques, but lately, real websites claimed to solve the problem by offering universal platforms for buyers and sellers. However, people have used these platforms for misinforming the buyer or dealing with a disputed property without complete documentation. Through a blockchain-backed application and tokenization of the properties, sellers can rest assured of the property in question and verify the documentation as well.

Managing properties has always been a mess. Capable individuals with resources to invest in real estate are restricted to buy properties limited in areas of convenience, leaving so much unexplored. Whereas, those with fewer resources have no option to invest in this sector unless they are willing to bite more than they can digest. Managing property will be easy and straightforward with the advent of tokenization. You want to invest in property but don’t want to go all-in? Buy a token and collectively own a property. With its robust documentation and data security, managing ownerships, rights and responsibilities will become easier.

Property frauds have been rampant since forever. People forge documents, change ownership deeds, and take up far worse measures to get financial benefits. With tokenization, all this will be the talk of the past. tokenization will produce and preserve irrefutable ownership proof of the documentation without any scope of fraud or forgery.

Real estate has always been a niche for the powerful and wealthy. People with surplus capital for investment were the ideal players in real estate. Such wide disparity created an entry barrier which left no opportunity for the smaller players to even make an impact, until now. With the tokenization of property, people will be able to invest in property according to their convenience and limit. Converting one big property in smaller tokens which are sold individually, will complete documentations and legal formalities make all the token holders collective owners of the property and will be able to get benefits from its financial increments.

Soon people will be able to look up online about the availability, documentation, legal formalities, exact description, and details of a property from the comfort of their lounges. Thanks to tokenization, now real estate deals will be as transparent and verified as paying your phone bill. Blockchain will enable people to be assured of the property they are investing in and avoid any fraud whatsoever.

Blockchain made its groundbreaking presence felt with the launch of cryptocurrency but since then it has solved many problems of the old world. It’s only natural that all the vital transactions of the future will take place digitally and blockchain is making it a reality. With virtues like tokenization even the industries like real estate and legal tender (if I may call it an industry) are making progress which was hard to imagine a decade ago. It will be only wise for property businesses to look into this new technology and find ways to adapt it most naturally. Those who will take steps early and adopt blockchain technology will bear fruits for a long time. Those who wait will be pushed into reality to scrape the leftovers from the floor.