The majority of real estate agents are female, and a good number of them are mothers. Hats off to these women, who strive to help their clients realize the American Dream. For Mother’s Day, we revisit one of our favorite mother-daughter teams.

When she was growing up, Leesa Harper Rispoli had two very strong role models–her father, a school superintendent, and her mother, a prominent San Antonio real estate professional. She recalls her mother’s work ethic with admiration.

“She worked day in and day out,” says Rispoli of D’Ann Harper, who had been a stay-at-home mom until Leesa went to junior high. When the elder Harper joined the workforce as a real estate agent, “she gave it 200 percent,” says Leesa, who observed her mother working late into the evenings at the dining room table. 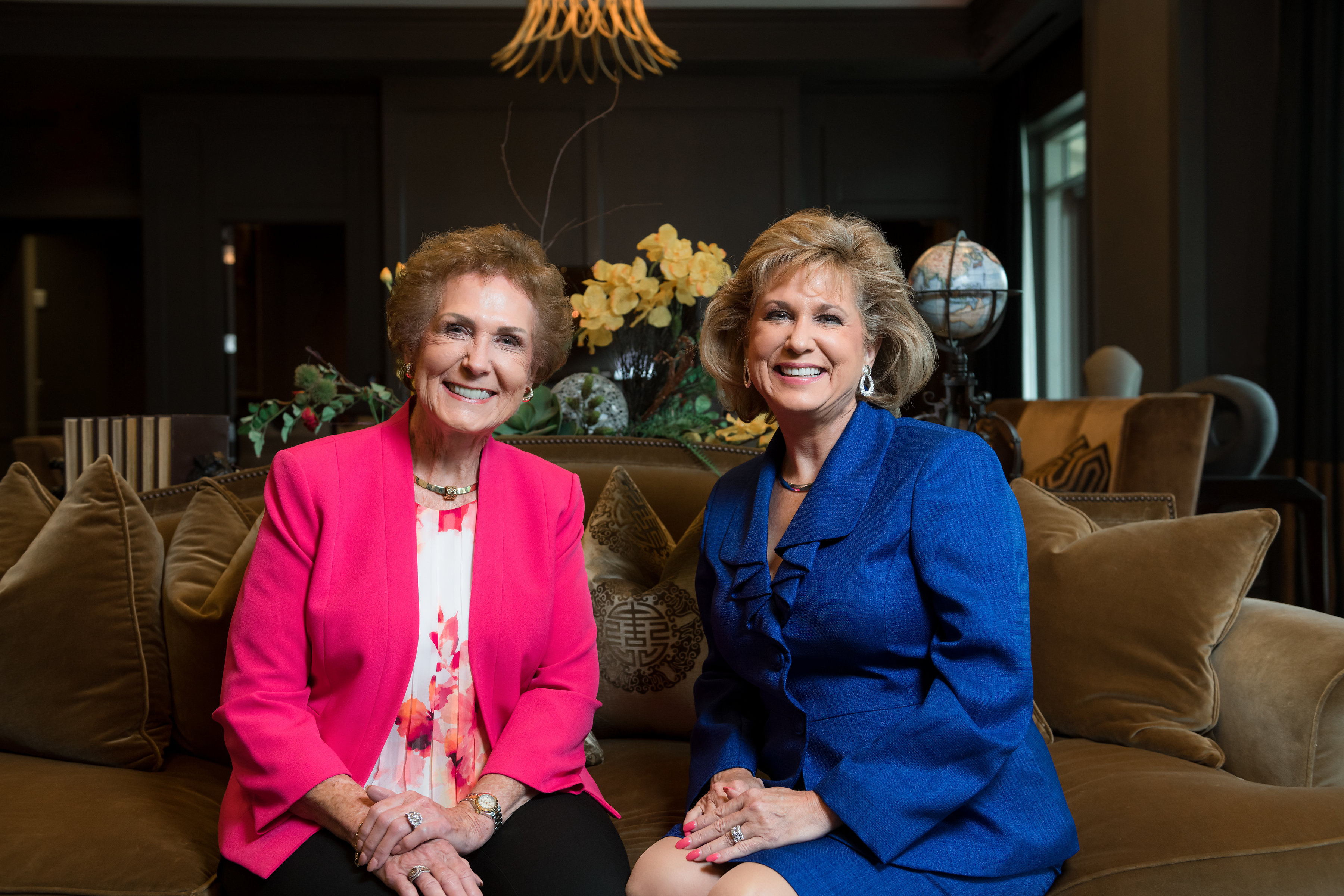 Perhaps that’s why Leesa followed her father’s footsteps and went into education, first teaching special education students, then rising through the ranks to become an academic dean.

Sixteen years ago, Leesa was at the pinnacle of her career when her mother asked her to join the Coldwell Banker brokerage she’d founded in 1986, the D’Ann Harper, Realtors agency (known internally as CBHarper). Rispoli accepted. She started in the property management division and worked her way up to executive leadership. When her father was diagnosed with Alzheimer’s disease, her mother became his caregiver and began turning to Leesa increasingly to help manage the firm. In 2016, D’Ann retired and Leesa took over as president of the brokerage. She was relieved that staff seemed to regard the transition as a “nonevent.”

She may be at the pinnacle of her career once again, but she’s not going anywhere: Earlier this year, she was named Broker of the Year by Platinum Top 50 San Antonio, an award presented each year for extraordinary accomplishments in the real estate industry.

The unassuming Rispoli didn’t even know she’d been nominated for the award when she was notified that she’d won it. She shouldn’t have been surprised. The brokerage has been in growth mode since Rispoli took over.

She launched the Global Luxury Division of D’Ann Harper, Realtors and opened the first Coldwell Banker Global Luxury Office nationwide. She continues to receive national recognition for being one of the top 5 percent affiliated companies of Coldwell Banker. One of her offices was recently recognized for the second year in a row as the number one Top Producing Coldwell Banker office in Texas in 2017. The brokerage now has nine offices with over 450 real estate agents and 100 employees–one of the largest real estate brokerages in South Texas.

She remains passionate about education and coaching and credits her first principal with being a great mentor. Many of the things he taught about leadership apply to real estate, she says.

Indeed, the nomination prepared by her staff attested to her leadership: “Leesa is committed to empowering the managers around her by inspiring them to craft and articulate the company vision tangibly, thus elevating the confidence of the CBHarper collective.”

Her background as an educator has served her well in many ways, and she’s noticed that other teachers have a skillset that translates well to real estate. The common thread is that educators tend to be organized and driven to achieve a mission, she says.

She has invested nearly $500,000 in technological and marketing support for her agents, noting that technology has enabled real estate professionals to have a better work-life balance than perhaps her mother had when she was launching her career. She has brought other changes to the brokerage: a Sunday morning TV program has been rebranded, and she’s also rebranding a print magazine called Lone Star Living San Antonio, as a free lifestyle publication. 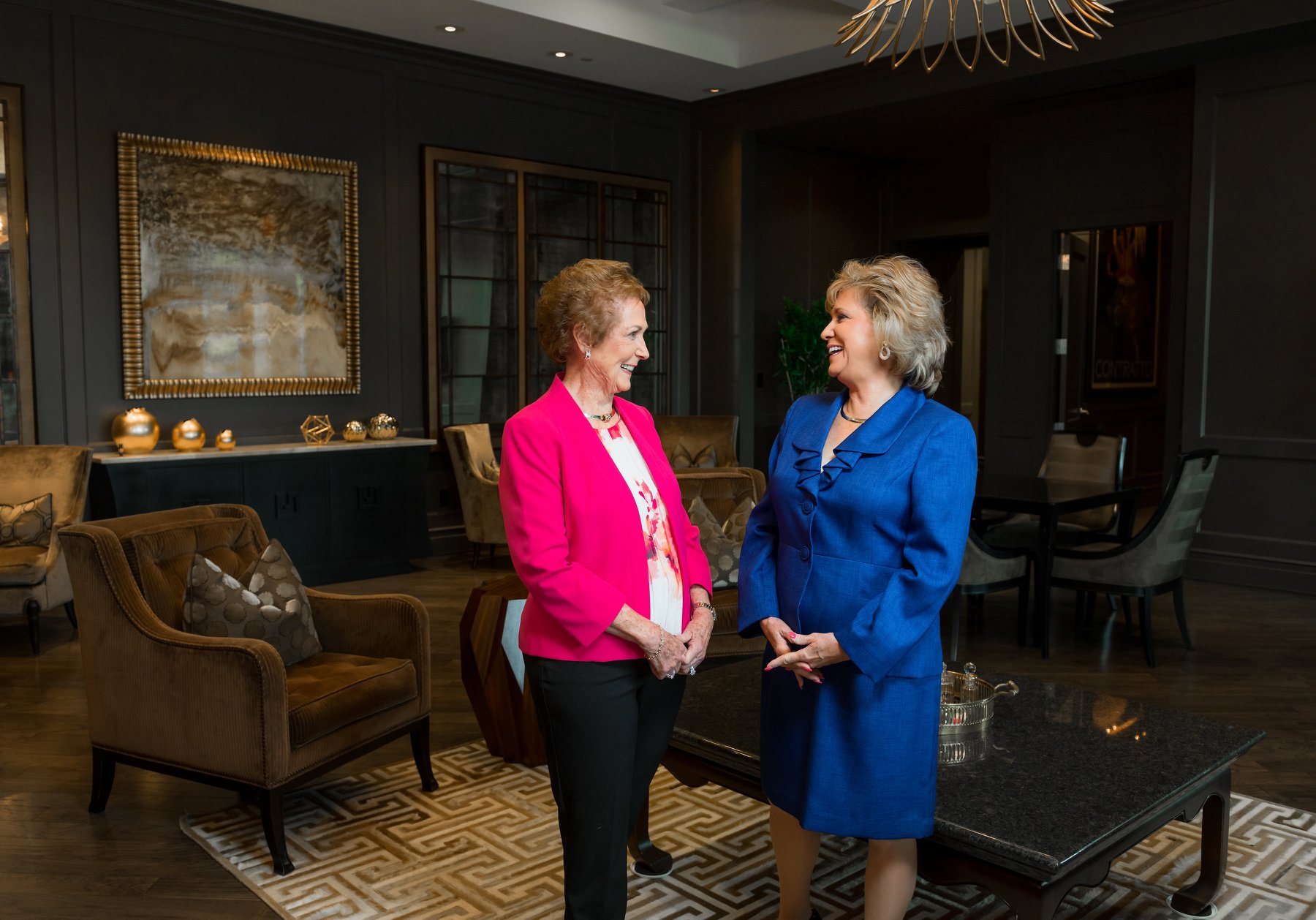 D’Ann Harper, left, handed over the reins of the brokerage she founded to her daughter, Leesa Harper Rispoli, in 2016.

As a mentor, she offers a reassuring presence to the brokerage.

Her mother still visits the office on occasion, but Leesa notes that she tends to keep her distance and doesn’t linger. When asked if she’d ever rename the brokerage, she doesn’t mince words: “Good God, no. My mom is iconic. No way, no how. I love that name!”