For this analysis, ATTOM looked at buyer last names on more than 2.3 million single family home sales deeds nationwide in 2016 and 2017 to determine the hottest names based on percentage increase in home purchases. The analysis also looked at family name origin information from Ancestry.com for the hottest homebuyer names, as well as where these buyer names are most active by local market 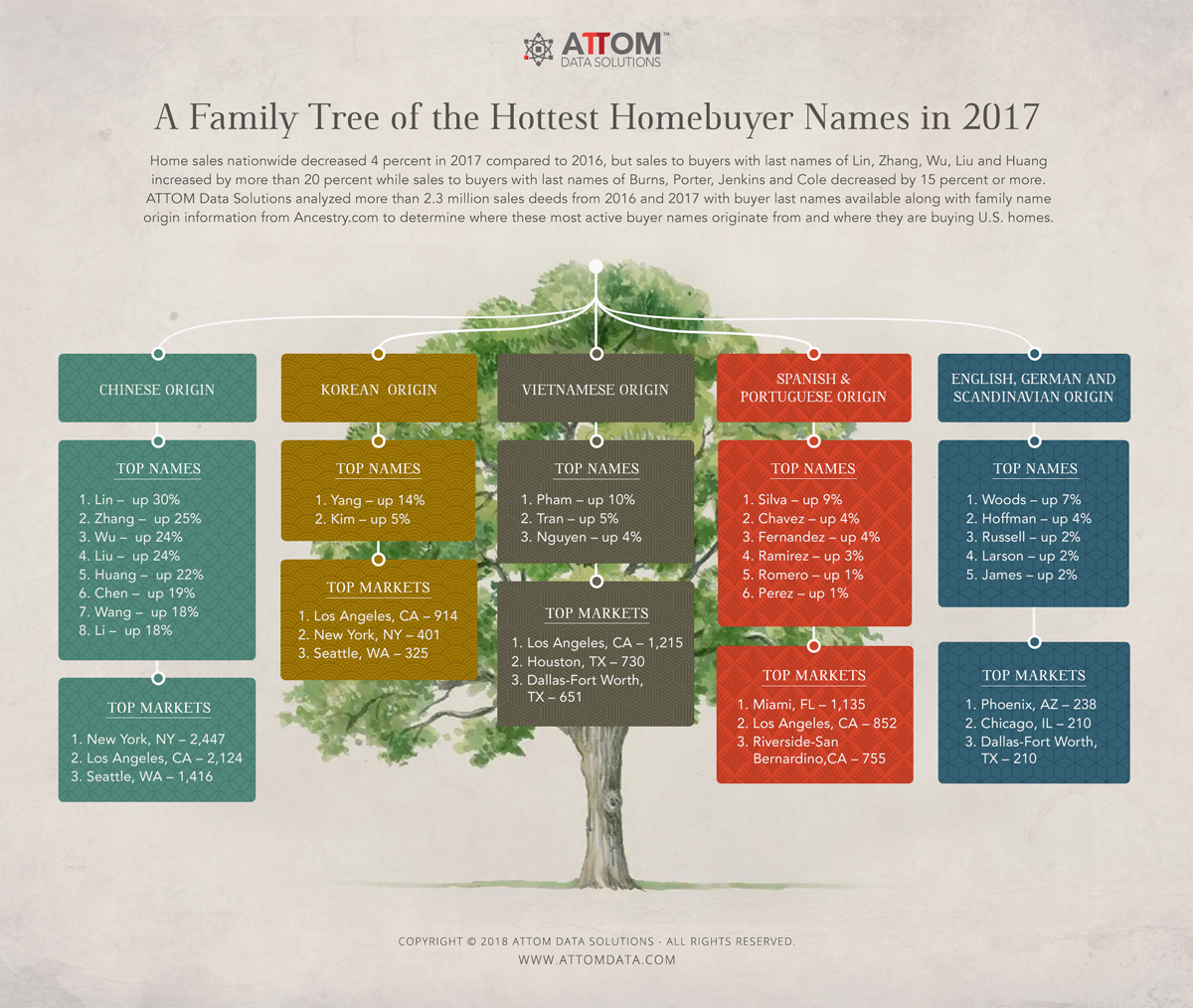 The interactive heat map below shows the hottest buyer names in each state.

The interactive visual below shows the hottest buyer names in select metro areas.

Please contact us if you have questions about the underlying data referenced in this article, or would like to have access to that data in the form of custom reports, API or bulk files.