Daniel Gale Sotheby’s International Realty, one of the nation’s leading realtors, has named Deborah Hauser as its chief operating officer. Longtime COO Tom Calabrese will be assuming a senior executive advisor role. Chief Executive Officer Deirdre O’Connell made the announcement yesterday at the first of four meetings that will in total address the organization’s more than 1,000 real estate advisors, management and staff. 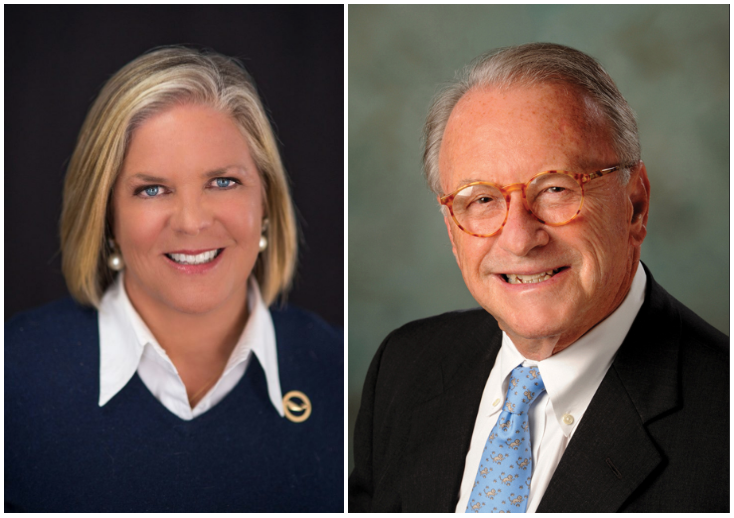 “Since Deborah Hauser took her first sales management post in 2012, she’s been a galvanizing force in the tremendous growth of Daniel Gale Sotheby’s International Realty,” said O’Connell. “Her deep understanding of the organization and the industry at large stems from her early success as a top producing real estate advisor whose expertise has continued to develop through a succession of management positions. Deborah has been an integral leader in our sales and business development programs and is a valued coach and astute executive. I look forward to working with her in her new role.”

“Tom Calabrese is one of the pillars of the success of Daniel Gale Sotheby’s International Realty,” continued O’Connell. “Tom’s guidance and financial oversight has contributed enormously to our growth and profitability over decades of challenging markets and revolutionary change. He is a treasure and we look forward to his continued contributions.”

Deborah Hauser began her real estate career in 2002 as a sales associate in the Cold Spring Harbor office, earning a place in the Gold Circle of Excellence and becoming a perennial top producing real estate advisor. Deborah has also been instrumental in developing a coaching and mentoring program which is among the most successful initiatives the organization has implemented.

In June 2011, she was named Sales Manager in Cold Spring Harbor and in 2014 assumed regional sales oversight. As part of the Senior Management team, Deborah has played a significant role in the growth and expansion of the organization, now comprising over 950 sales associates in offices from Queens to Shelter Island. Daniel Gale Sotheby’s International Realty grossed $3.5 billion in sales in 2018.

Tom Calabrese joined Daniel Gale Sotheby’s International Realty in 1998 after a 35-year career with Verizon Communications. At Verizon, Tom was a senior executive whose positions included Vice President of Upstate New York; Vice President of Long Island, where he had responsibility for 3000 employees; and managing director of Human Resources. As Chief Operating Officer at Daniel Gale Sotheby’s International Realty, Tom has had oversight of company operations including legal matters, acquisitions, human resources and operating budgets.

In 2018, Tom was honored as the inaugural recipient of the D. Kent Gale Humanitarian Award. The award, which honors the memory of the organization’s longtime leader Kent Gale, “acknowledges the singular efforts of one person in the Daniel Gale Sotheby’s International Realty organization who upholds the Golden Rule, demonstrating empathy, kindness, compassion, understating and respect through acts of charity, mentorship and community service.”

Tom is active in the larger community. He serves on the Board of the Roslyn Savings Foundation, acts as Chair of the Caumsett Foundation and along with Daniel Gale Sotheby’s International Realty President and Chairman Patricia Petersen, sits on the Advisory Board of the DNA Learning Center at Cold Spring Harbor Laboratory.