Embrace diversity and create a collaborative office culture in order to help women break through the male-dominated glass ceiling of leadership roles in Real Estate, says a leader at one of the country’s top female-owned agencies.

“When we started this company, there was a definite ‘good old boys club’ mentality in Real Estate,” says Kelli Brennan, vice president of Coldwell Banker Properties Unlimited, an international award-winning agency founded and expanded by three generations of women.

“Some thought that women had their uses as a secretary or assistant who could help men promote their career. We shook up the system when we started our female-owned brokerage. To say we caused an uproar in the market is an understatement,” she says.

Brennan says surveys show women face a glass ceiling in leadership roles in Real Estate. More than 60 percent of working adults believe working for a company that has female representation at the executive level is important, and 41 percent agree women must work harder than men to earn an executive-level position. Women also have 91 percent control in the home buying decision, and leadership needs to reflect this change, she says.

Use the following tips to break this cycle, according to Brennan:

1. Embrace diversity. Look for a range of talented men and women who can work with each other in various roles. The idea is not to exclude men but to create a supportive culture that is conducive to collaboration between men and women on an equal playing field. 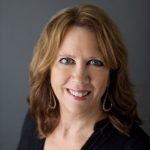 Three generations of women founded and then expanded Coldwell Banker Properties Unlimited. Lindi Braddock and her mother Yvonne Hastings co-founded the agency. Braddock now works alongside her daughter Camaron Pruiett in the top-producing Lindi/Camaron team while Braddock’s sister Kelli Brennan runs the company. The team has won the International President’s Circle award from Coldwell Banker every year from 1993-2018.