The report analyzed single family rental returns in 449 U.S. counties each with a population of at least 100,000 and sufficient rental and home price data. Rental data was from the U.S. Department of Housing and Urban Development, and home price data was from publicly recorded sales deed data collected and licensed by ATTOM Data Solutions (see full methodology below).

The average annual gross rental yield (annualized gross rent income divided by median purchase price of single family homes) among the 449 counties was 8.9 percent for 2018, down from an average of 9.2 percent in 2017.

“Despite declining returns in many areas, the single-family rental market continues to grow thanks to more activity by smaller and middle-tier investors,” said Daren Blomquist, senior vice president at ATTOM Data Solutions. “The biggest increase in market share over the past year has come among investors owning six to 10 single family rentals, followed by those owning between 11 and 100 rentals. These smaller to mid-tier investors are benefitting from newfound efficiencies in acquisition, financing and property management that allow them to buy outside their backyard in areas with higher potential returns, and to leverage their money to buy more properties.”

“With continued job growth in Cleveland and Atlanta, Divvy is seeing a significant year-over-year increase in the percent of highly-qualified single-family renters, who are often less than two years away from mortgage qualification,” said Tiffany Li, co-founder of Divvy Homes, a tech startup that provides lease options with an equity-building component. “This population is seeking SFRs in neighborhoods that are largely owner-occupied and with family-friendly amenities and good schools. We’ve continued to see strong and growing demand through the Midwest and Southeast for lease options and other unconventional rental options that allow highly-qualified renters to move towards homeownership.”

“At Roofstock we are seeing increasing interest from investors in a number of SFR markets that have historically not gotten much love from the large institutional players,” said Gary Beasley, CEO and co-founder at Roofstock, an online marketplace for single family rentals. “These include many cities in the Midwest, South, Southeast and even certain markets in the Northeast.  Investors are attracted to the strong rental yields in many of these less flashy cities like Cleveland, Pittsburgh and Detroit, as well as perennial favorites like Atlanta, Houston and Charlotte which have been popular with investors for several years. The nice thing about SFR is there is enough variety out there that there really is something for every investor, depending on their unique objectives.” 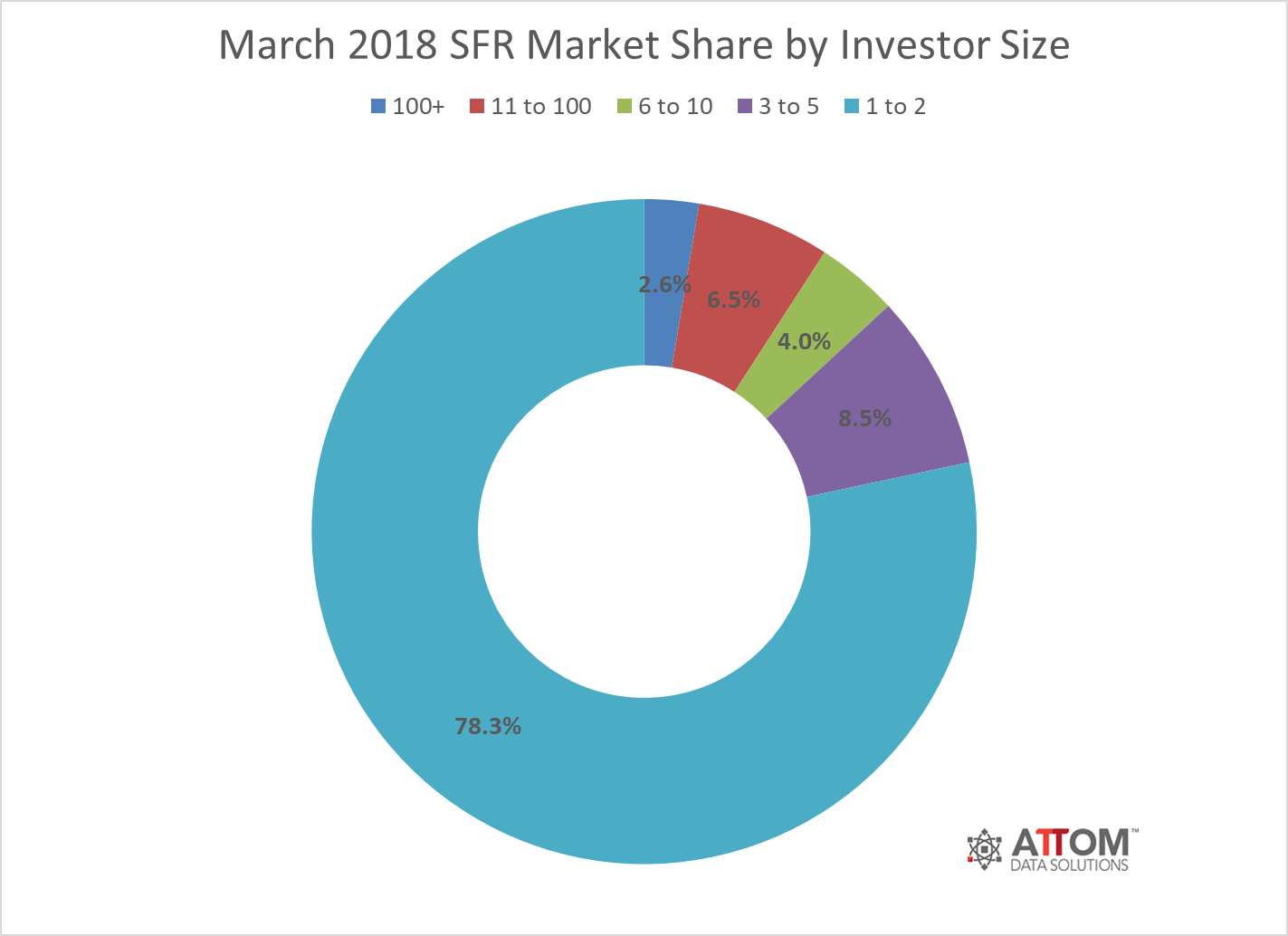 Rental returns increase from year ago one-third of counties

“As the stock market starts to show some weaknesses, investors continue to put their money into cash flowing assets such as rental properties,” said Ross Hamilton, CEO at Connected Investors, an online community for real estate investors. “Many view rental real estate as a way to recession-proof their income and retirement.”

Among counties with a population of at least 1 million, those with the biggest increase in potential annual gross rental yields for 2018 compared to 2017 were Harris County (Houston), Texas (up 7 percent); King County (Seattle), Washington (up 7 percent); Queens County, New York (up 5 percent); Contra Costa County, California (up 4 percent); and Cook County (Chicago), Illinois (up 3 percent).

“The single-family rental market in Seattle remains strong, which is a good thing for the people who own the rentals, but not so good for tenants as rents continue to escalate,” said Matthew Gardner, chief economist with Windermere Real Estate, covering the Seattle market. “Demand for rentals is high but some of this is due to Seattle’s rising home prices. Growth in rental rates is robust in the core Seattle market, but as you move further away from the city it starts to soften due to more modest income growth in those areas.” 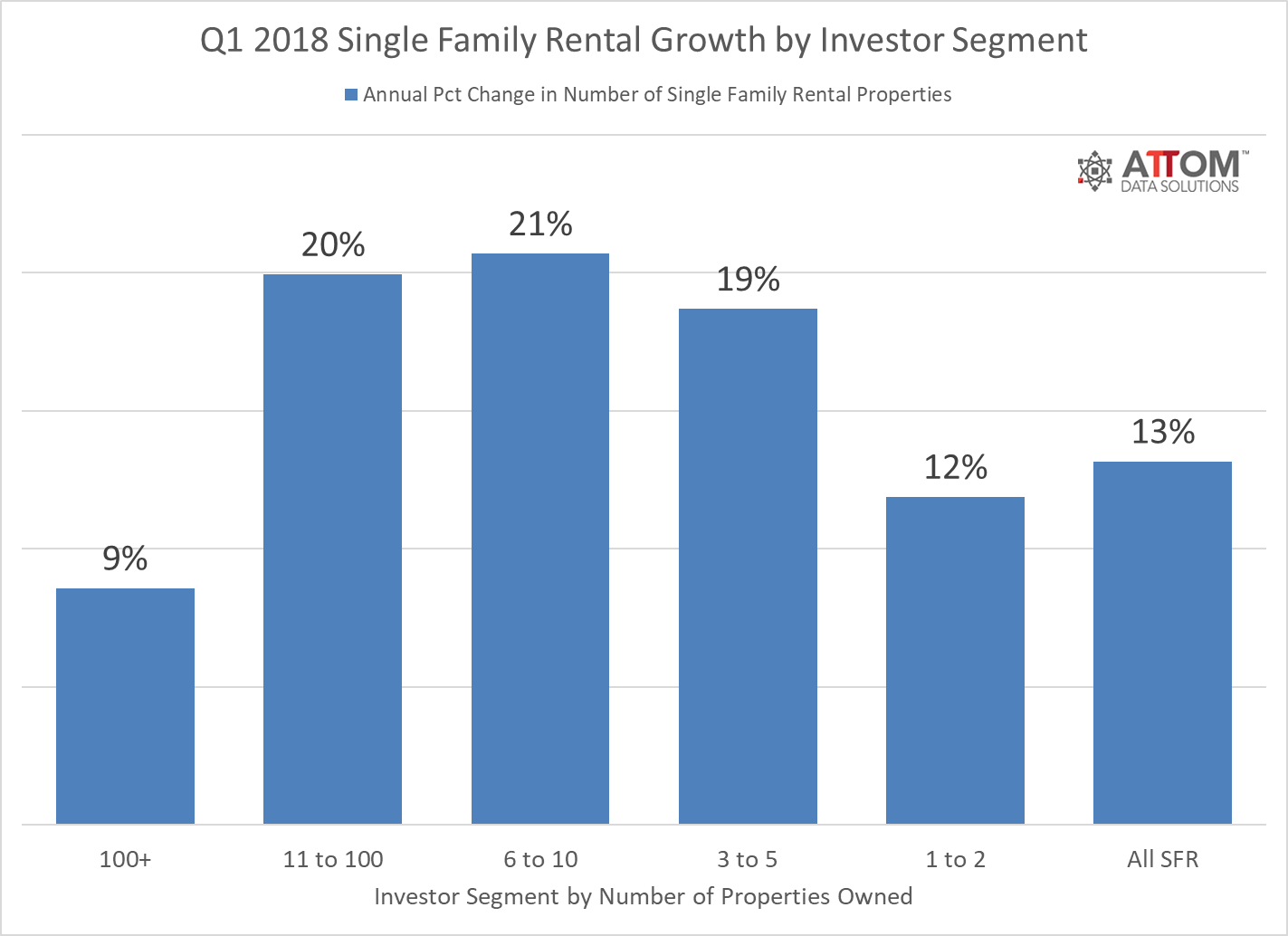 Rents rising faster than wages in 84 percent of markets

The report identified 24 “SFR Growth” counties where average wages grew over the past year and with potential 2018 annual gross rental yields of 10 percent or higher.

“Relatively low home prices combined with rising rents in most areas make Ohio still very attractive for single family rental investors,” said Matthew L. Watercutter, broker of record for HER Realtors, covering the Dayton, Columbus and Cincinnati markets in Ohio. “Demand for these single family rentals is helping to push up home prices faster than rents in the majority of Ohio markets, indicating that the opportunity may not be as stellar in future years.”

Methodology
For this report, ATTOM Data Solutions looked at all U.S. counties with a population of 100,000 or more and with sufficient home price and rental rate data. Rental returns were calculated using annual gross rental yields:  the 2016 50th percentile rent estimates for three-bedroom homes in each county from the U.S. Department of Housing and Urban Development (HUD), annualized, and divided by the median sales price of residential properties in each county.