According to sources we’ve talked to, Gary Keller is not to be outdone in innovation with his tech platform and they announced a new licensing program for teams. Essentially, what they’re doing is they’re going to allow teams to have their own agreements direct with Keller Williams Realty International outside of being associated with a market setter, so that they build a new set of rules for teams. Essentially, they can open whatever they want, wherever they want, in any territories they want, and at far lower costs than the current Keller Williams cap model in most cases. 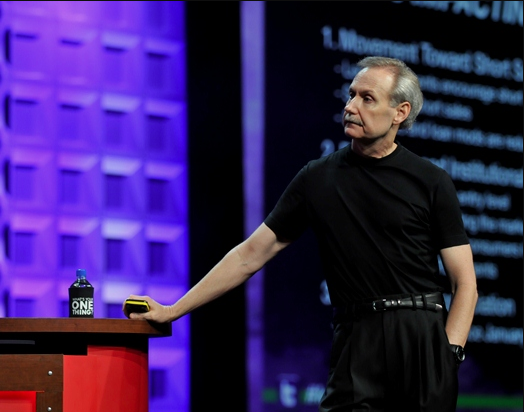 We’ve heard from Keller Williams operating principals, team leaders, and others about this program and it has received mixed review because it’s new, it’s sudden, and certainly it will cause a shift in the economic fortunes of some of their market centers who may be faced with losing some of their teams to this new program. But, let’s look at it this way.

Keller Williams Realty has recently, especially over the last year and a half, been targeted by many companies. Companies like eXp have been going after Keller Williams with a certain focus.

“Well, if someone’s going to attempt to cannibalize me by allowing teams individuals to work out of their own offices and work wherever they want, whenever they want, at a cost lower than ours, then we will meet or exceed that offer to our own people and we will offer it to others as well and we’ll see who can last longer at going cheap in terms of the cost, agents, and teams who enter this program.”

Seeming in the old way of looking at that, Gary says, “Well, somebody’s going to cannibalize me, I’ll do it to myself as opposed to letting somebody else do it.” In a manner of speaking, he’s throwing down a gauntlet that’s been coming for some time. What’s interesting in the overall context of things, is that people are getting upset about companies like HomeSmart, and Realty One Group, and others that are charging agents low flat fees and low transaction fees and eXp with their estimated $16,000 cap and work where you want, when you want, how you want, and it’s a nightmare out there for a lot of brokerage companies trying to match this kind of competition.

But, as I said to some RE/MAX leaders just the other day, the purchasing of agents or this race to see how low cost we can be started 40 years ago with RE/MAX and the 100% commission concept. Now, maybe RE/MAX didn’t “write checks” to agents to buy them, but they bought them because of a better economic deal. How is that any different than what Compass is doing or what eXp is doing, or HomeSmart, or Realty One Group, or Solid Source, or many others like them? 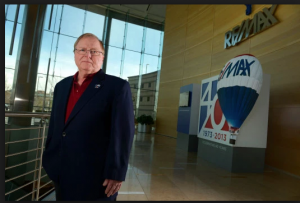 He referenced a conference he had been to or some very, very smart people he had recently spoken with and they said the world that we face going forward in business, in the capitalistic system, is you’re either unique or you’re cheap. We’ve said this at REAL Trends, you can be Nordstrom or you can be Walmart, but you can’t be in between anymore.

So, Gary Keller’s move, coming back to where we originally started, is actually a very wise move for him and for the enterprise called Keller Williams Realty International. It doesn’t mean it will be comfortable for many Keller Williams market center owners and others involved in the organization. It’s changed and you have to adapt. I think it’s actually entertaining and very serious. At the same time, Gary has said, “I’m throwing the gauntlet down. If people are going to try to under price us, we’ll see who can last that battle longer.”

In that case, my bet would be with Keller Williams.

Anyway, it’s all about change. Always has been. Lot of interesting things going on the residential real estate industry. Not the least of which is the whole wave of iBuyer companies or what we’re calling companies that are buying homes directly from home sellers. It’s a relatively new phenomenon in the last four to six years, they’ve come on strong, they’re raising lots of money and they’re raising a lot of visibility.

But what is this really all about?

Well, first, let’s put this in perspective. So, let’s talk about Opendoor, Offerpad, knock, and Zillow and let’s agree that each one of them can raise six billion dollars. Six billion, which they’re nowhere near. Each of them can turn that money four times a year. So, that’ll be six times four and that equals 24 billion, times four again is 96 billion dollars of home purchases in a given year that they could have. That’s out of a market of 1.8 trillion dollars, which means it’s certainly less than 10% and that’s giving them the benefit of the doubt that they could raise a fund of six billion to do this.

Right now, we’re talking hundreds of millions. So, the impact of these companies, while it could be higher in certain markets, Phoenix, Dallas, Denver, Houston, Atlanta, on a national scale, they’re almost invisible in terms of their actual impact on the housing market. However, as we heard from Spencer Rascoff of Zillow, when they open their program up in Phoenix from his earnings call, I think he said they had something over 10,000 calls from sellers inquiring about the program. 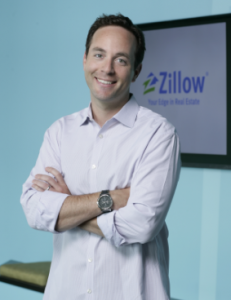 Well, you could guess that many thousands of those were people who’s homes weren’t on the market already. So, clearly, for these companies, these could be listing lead generating platforms and marketing tools. People may not use the home purchase option, depending on the timing and the financing of it, but certainly these companies in marketing, what they’re doing, can create great listing opportunities for agents associated with their companies. It’s a real clever way to generate business and opportunities for the agents who are associated with them.

You can imagine if Zillow did it in one market and got 10,000 responses of interested parties, even if only half of them were serious, that’s a couple thousand opportunities and certainly, Zillow as well as Opendoor, Offerpad, and knock.com, will know how to monetize that opportunity. Now, this is likely to bring other people into the market and we have written before that we don’t see why this won’t attract people like Realogy or Berkshire Hathaway. Even Keller Williams and RE/MAX would have the capability of having several hundred million dollars to deploy in such a program if they chose to.

Think of Realogy. They have their Cartus division. They’ve got hundreds of people trained in how to value homes, buy homes, and resell homes as do many property management companies, so there’s all kinds of people that could be in this segment or this space of the market in a few short years, but at least as we know right now, there’s a couple of issues.

Ask people in the relocation management industry where I started my career over 40 years ago. You run the market risk as the market turns against you. Even all the automated AVMs in the world make mistakes on homes they value and homes they price, just like relocation guys have made mistakes in valuing homes.

So, there’s a number of issues that have yet to be resolved, but frankly, from my point of view, this is a great development, it’s providing liquidity and optional liquidity to people who need to move quickly, who need to get out of their homes and it could be for medical bills or college tuition or other emergency monies they need, or living money because of a loss of job. There’s a hundred different reasons why someone might take a lower price for their home and get the cash now as opposed to waiting through the normal marketing cycle of a home. It ends the uncertainty that removes some stress. So, it’s a really great innovation. We hope it sparks others to emulate them or services like them.