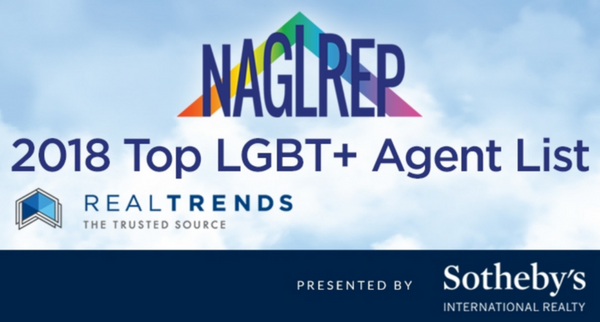 United States Congressman Ted Deutch (D-FL) will provide the keynote address. He was elected to Congress in 2010 and serves as a Vice Chair of the Congressional LGBT Equality Caucus. Deutch represents Florida coastline communities from central Broward County to northern Palm Beach County.  He has recently played a vital role in helping the Parkland community recover from the shooting at Marjory Stoneman Douglas High School.

Congressman Deutch joins a powerful group of speakers who will address the importance of the real estate industry engaging with the LGBT community along with the need to fully eradicate housing discrimination based on sexual orientation and gender identity.  The positive changes that have occurred in the LGBT community since marriage equality was legalized, LGBT youth homelessness and housing for the aging are other critical topics that will be discussed.

NAGLREP, with nearly 2,000 members, has become one of the largest LGBT and allies trade associations in the nation.

“The real estate industry is one of the most progressive in its stance on inclusion, yet we still have work to be done,” said John Graff, founder of Graff Real Estate and Chair of NAGLREP Policy Committee.  “As we celebrate the 50th anniversary of the Fair Housing Act with NAR, many are shocked to learn that the federal government and 28 states offer no protection from housing discrimination to the LGBT community. And, from a purely business sense, it is important for the industry to understand the needs and concerns of the LGBT community and welcome its immense buying power estimated to be almost $1 trillion.”

The all-day event concludes with a Capitol Hill visit to meet with the Congressional LGBT Equality Caucus and the opportunity for attendees to visit with their elected officials.  Space is limited and registration is available at NAGLREP.com.

“Wells Fargo is proud to be the title sponsor of the NAGLREP LGBT Housing Policy Summit,” said Cerita Battles, SVP, head of Diverse Segments, Wells Fargo Home Mortgage. “As the nation’s leading residential mortgage lender, Wells Fargo understands how emotional the connection to a home is for Americans and we work hard to help our customers reach their homeownership goals. We know that real estate agents are often the first point of contact for aspiring homeowners and working with real estate groups like NAGLREP is key in reaching and educating consumers about homeownership so they become sustainable homeowners.”