Based on recent actions Mulvaney is wasting no time implementing a new agenda.

On January 31, the D.C. Circuit Court of Appeals announced its long-awaited decision in PHH v. the Consumer Financial Protection Bureau (CFPB), in which it reversed a three-judge panel’s 2016 ruling that the CFPB’s single-director structure is unconstitutional. The decision means that, at least for now, the President can only fire the CFPB Director for cause. But, in a win for the industry, the court also upheld the panel’s ruling that the CFPB could not impose penalties that were based on new legal interpretations of RESPA’s anti-kickback provision without adequate notice and rulemaking. 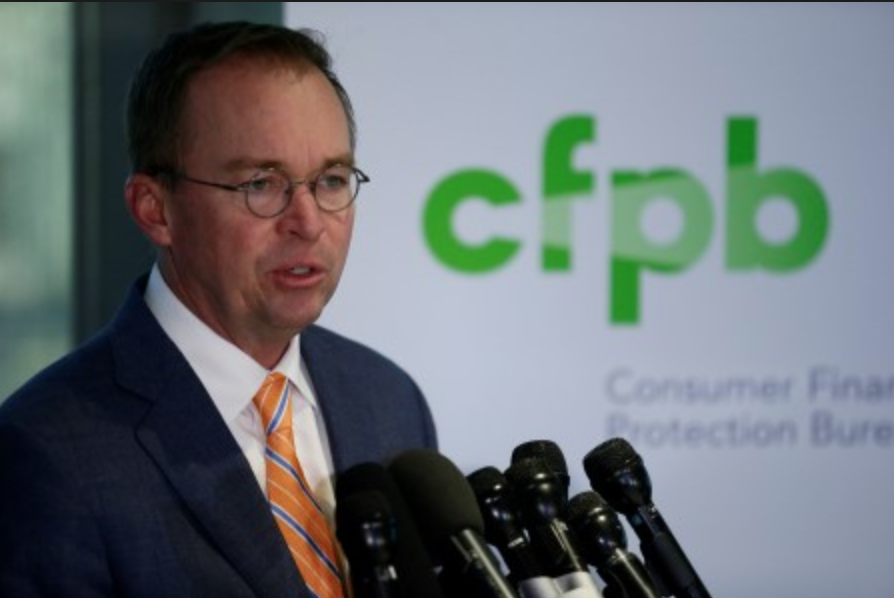 The court’s constitutional ruling seems less significant now that President Trump has placed his budget chief Mick Mulvaney as acting head of the CFPB. In fact, Mulvaney now is assured the same broad power as a single director that former CFPB Director Richard Cordray had, coupled with a strong new legal precedent supporting his agenda to create a more transparent enforcement process.

Based on his recent actions, Mulvaney is wasting no time in implementing this agenda.

No More “Pushing the Envelope”

In a January 23 memorandum to staff that was publish as a Wall Street Journal article, Mulvaney signaled that the era of “regulation by enforcement” at the CFPB is over.  It’s not appropriate for a government entity to “push the envelope” in enforcement cases where quantifiable and unavoidable harm to the consumer is not present, he said.  The CFPB “won’t be looking for excuses to bring lawsuits,” but will make enforcement decisions based on qualitative analysis, such as complaint data and measurable costs and benefits.

In place of regulation by enforcement, Mulvaney said there would be more formal rulemaking because “the people we regulate should have the right to know what the rules are before being charged with breaking them.”

Mulvaney emphasized that the CFPB will still be vigorous in its enforcement of consumer financial protection laws, but only when all attempts at resolution have failed. “It should be the most final of last resorts,” he emphasized.

CFPB Request for Comments on the CID Process

A few days before Mulvaney’s “pushing the envelope” memorandum, the CFPB announced that it is seeking public comment on its Civil Investigative Demand (CID) process.

The CFPB issues CIDs to gather materials and testimony information from anyone it believes may have information relevant to an investigation. Under Cordray’s term in office, it was not uncommon for a CID to describe the purpose of the investigation in extremely broad terms, allowing the Bureau to request a wide array of information and then to change the scope of the investigation based on what it learned from the acquired materials. Some CID recipients called the resulting investigations “fishing expeditions” that ultimately forced them to settle with the CFPB.

In the CFPB Request for Information on the CID process, Mulvaney made it clear that he intends to enforce laws under his jurisdiction in a way that guarantees due process. Interestingly, the CFPB specifically invited comment from entities who have received one or more CIDs from the Bureau, or from members of the bar who represent these entities (comments are due March 27). Specific topics on which comments are sought include, but are not limited to:

The CFPB announcement also revealed that over the coming weeks, the Bureau intends to publish a series of Requests for Information on the Bureau’s enforcement, supervision, rulemaking, market monitoring, and education activities.

The Pendulum Has Swung

The legal challenge to Mulvaney’s authority by Cordray’s designated successor, Leandra English, continues, with the D.C. Circuit Court of Appeals, on January 23, granting an expedited review of English’ appeal of an adverse lower court decision. It is still possible that English could serve a brief period as Acting CFPB Director pending Senate confirmation of Trump’s permanent nominee. The industry also can expect an increase in class action litigation and state enforcement actions as consumer advocacy groups attempt to fill any void in desired activity by the CFPB.

For the foreseeable future, the pendulum has swung against “regulation by enforcement” by the CFPB in favor of a more rational and transparent enforcement environment under RESPA and other federal consumer financial protection laws.