Homeowners with Negative Equity Increased by 35,000 in Q4

CoreLogic’s fourth-quarter report showed average homeowner gained $9,700 in home equity over the last four quarters, but the quarterly increase in negative equity was the first increase in three years. 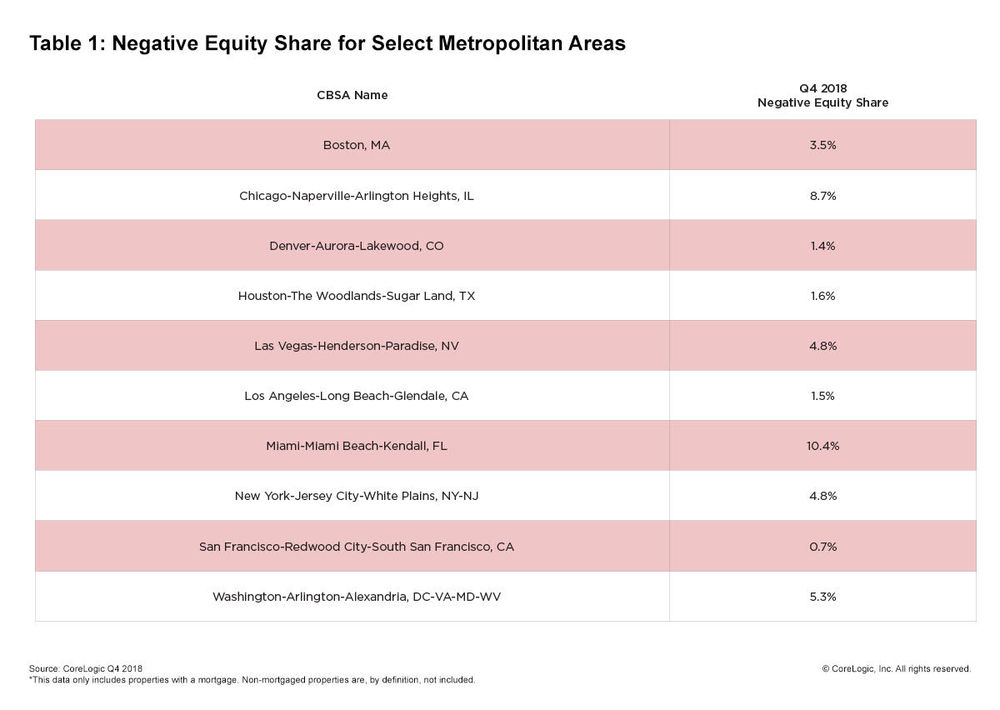 “Our forecast for the CoreLogic Home Price Index predicts there will be a a 4.5 percent increase in our national index from December 2018 to the end of 2019,” said Dr. Frank Nothaft, chief economist for CoreLogic. “If all homes experience this gain, this would lift about 350,000 homeowners from being underwater and restore positive equity.”

Negative equity, often referred to as being underwater or upside down, applies to borrowers who owe more on their mortgages than their homes are worth. Negative equity can occur because of a decline in a home’s value, an increase in mortgage debt or both. Negative equity peaked at 26 percent of mortgaged residential properties in the fourth quarter of 2009, based on the CoreLogic equity data analysis, which began in the third quarter of 2009.

“As home prices rise, significantly more people are choosing to remodel, repair or upgrade their existing homes. The increase in home equity over the past several years provides homeowners with the means to finance home remodels and repairs,” said Frank Martell, president and CEO of CoreLogic. “With rates still ultra-low by historical standards, home-equity loans provide a low-cost method to finance home-improvement spending. These expenditures are expected to rise 5 percent in 2019.”