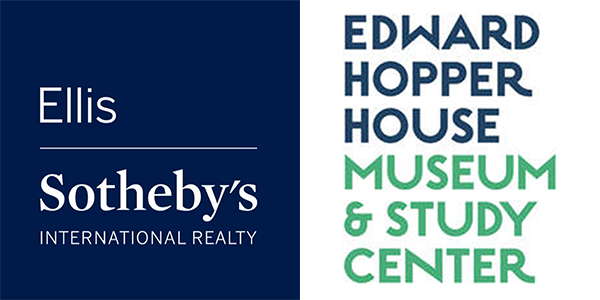 “Thanks to the generosity of our sponsors and patrons, we have raised over $80,000 in the last three years,” Richard Ellis, owner of Ellis Sotheby’s International Realty. “This event single-handedly enabled us to start thriving arts education partnerships in Nyack and the surrounding public schools. We are so grateful for everyone’s support as we collectively continue to meet the needs of classrooms and art teachers, integrating art to create an interdisciplinary curriculum.”

Guests bid on several silent auction items, including the opportunity to attend a brunch reception at Sotheby’s auction house in New York to preview priceless works of art during its Impressionist, Modern, Contemporary and American Art sale.

Pretty Penny was painted by Edward Hopper, widely acknowledged as one of the most important painters of 20th century America. It was his only commission.

“The art education program has been a tremendous success,” said Jennifer Patton EdD, Executive Director of Edward Hopper House. “Touching the lives and supporting the creativity of over 1,000 students has been made possible by this empowering partnership, and we look forward to expanding our curriculum and offerings to benefit even more students.”

The program’s curriculum is focused on the recurring themes and distinctive aesthetics of Edward Hopper’s work and its place in American art. Led by a museum director, each program session includes an introductory classroom lesson followed by a visit to the Edward Hopper House and another classroom lesson and visit by an artist-in-residence to strengthen the learning through hands-on art making.

With a lull in the market, it’s time to boost your productivity. Take the time to do these 10 activities to set up your success.