Independence Day is THEE quintessential summer weekend. And you will get no arguments here. Not only does this time of year bring fireworks and all things red, white and blue, but there are festivals, parades and block parties every direction you look. Here are the 10 best small towns that celebrate the 4th best! 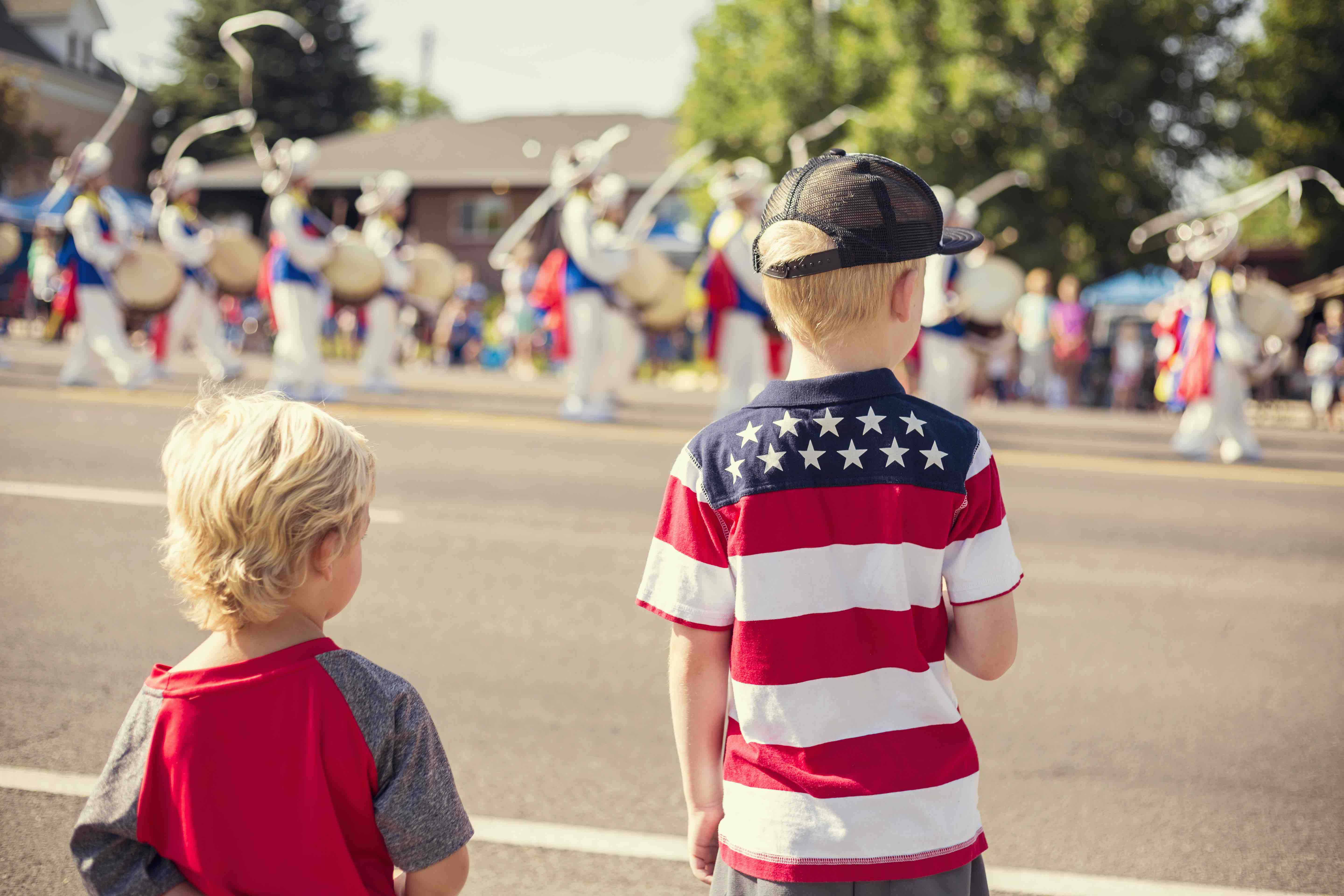 Framed by the Blue Ridge Mountains, this town has a great tradition when it comes to 4th of July celebrations and doesn’t skimp on the expense either.  Asheville claims to have the best fireworks compared to any other small town in the nation with the largest number and longest lasting. Along with the highly acclaimed fireworks display, there are plenty of other activities to ring in Independence Day; Such as catching a baseball game, enjoying the family activities and entertainment held at Park Square Park in downtown Asheville, and relishing in some mouthwatering North Carolina BBQ with more food trucks than you can count.

According to historians, Bristol’s annual Independence Day observance started in 1785, making it the oldest 4th of July festivities in America. The first thing nearly everyone thinks of when they say the words “4th of July” are fireworks. Have you ever wondered where this tradition started? It may be obvious, but the tradition started in Bristol to celebrate America’s liberation. This year marks the 233rd consecutive observance of Independence Day for this small town, and there is an abundance of ways to celebrate including parades, pageants, contests, road races, carnivals,  a Fourth of July ball, and various other events. The party begins in mid-June and continues with events almost every day. The fireworks actually occur on July 3rd at 9:30 pm at beautiful Bristol Harbor. The festivities culminate the annual parade as well as other patriotic exercises on July 4th

This quintessential mountain town is home base for Rocky Mountain National Park (RMNP) and it is an unforgettable destination for Fourth of July celebrations. Although Denver and some of the other large cities in Colorado like Boulder and Colorado Springs all have very impressive fireworks displays, Estes Park by far has the most impressive display for a town its size. Combine that with being at the entrance of RMNP, the coolest car show, free live music, a plethora of outdoor activities, you’ve got yourself a great 4th of July in the Rockies. 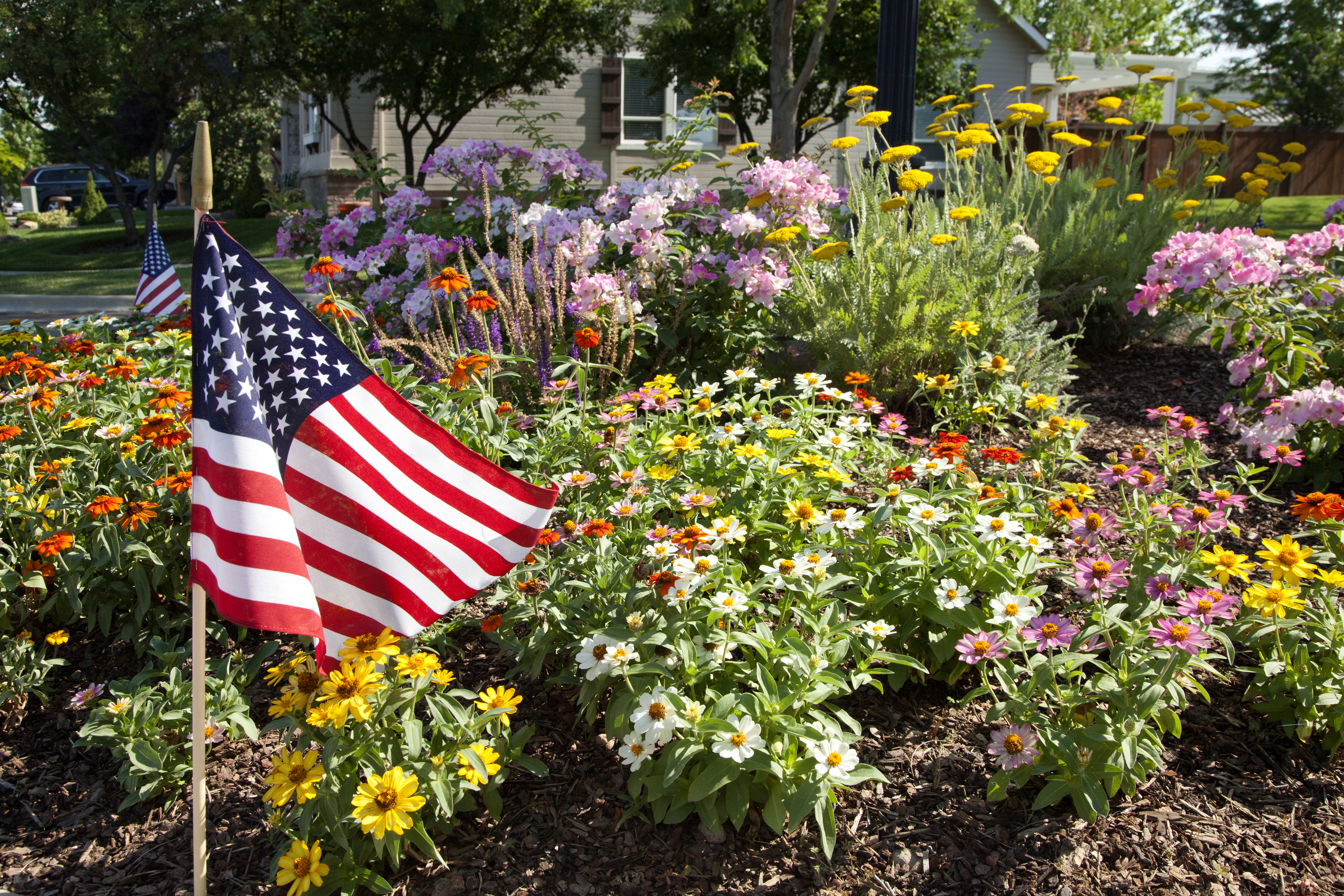 The name says it all – how could you not expect a great Independence Day celebration from a town named “Independence”? There are dozens of activities including a fun-run, apple pie and ice cream social, parade, American BBQ, arts & crafts show, and dozens of other community activities. This is definitely your exemplary small town celebration with the festivities kicking off with a flag-raising ceremony and a pancake breakfast, which is about as American as it gets with the goal being to eat as many pancakes as possible! If you’re looking for a west-coast traditional and quirky celebration – this town has it.

Another small town at the doorstep of an iconic National Park – Cody is located just outside of Yellowstone National Park and hosts a historic celebration of America’s birthday every year. The party happens over a span of five days known as the Cody Stampede. This is a true western town and its celebratory style is enamored in equestrian heritage. Horses have been a staple of the Cody celebration ever since Buffalo Bill rode through the area and envisioned a town there. For the last 99 years, the town has held festivities to celebrate Independence Day including the Wild West Extravaganza Craft Fair, kiddies parade, musical entertainment, and the nightly Stampede Rodeo.

O.K., so Flagstaff isn’t exactly a “small town”, but it’s definitely not an urban mecca and it routinely gets voted as one of the best places to celebrate America’s birthday. In a town named “Flagstaff”, it shouldn’t come as much of a surprise that the town is bursting with American flags for the annual celebration. Everything screams patriotism with red, white, and blue painting the town. There are multiple fireworks displays throughout the area that do not disappoint. From a watermelon eating contest to a huge BBQ festival – this town has all of your 4th of July celebration wants and needs covered.

Nestled on the western edge of Rocky Mountain National Park, this quiet mountain town delivers with a bang when it comes to Independence Day merriment. The actual lake is Colorado’s largest natural lake and the headwaters of the Colorado River. The town sets off its iconic pyrotechnic display from barges on the lake – which creates an echoing boom and mesmerizing reflection from the lake. Patrons of the festivities can immerse themselves in the pioneering spirit commemorated in this mountain town, go for a hike in the endless nature, and enjoy some traditional 4th of July festivities including a patriotic parade, live music, and a multitude of activities around town.

George Washington… Washington, Georgia. Coincidence? Think again! This town was named in honor of America’s first president in 1780. The town is commonly known for its ties to Gone with the Wind as it is the home of Scarlett O’Hara in the acclaimed novel and film which fictionalizes the diary of a young Washington girl living here in the final days of the Confederacy. The town still holds its title as the grand dame of the south with a deep history and charismatic southern charm exemplified with the over 200 well-preserved antebellum homes. The festivities primarily take place along the famous downtown with a zip line even available between the historic buildings on Robert Toombs Avenue. Don’t miss all of the traditional family-fun 4th of July activities either like the watermelon eating contest, old-fashioned southern dance-off, bounce houses, bungee trampolines, kiddie rides, and street food vendors.

Another mountain retreat – Bryson City is a true Smoky Mountain town with quirky celebrations exemplifying the small-town spirit. Among the more unique activities are the hula hoop-off, watermelon eating contest, emcee “Elvis” on the microphone, and a dog costume and dress-up contest for the pooch with the best patriotic outfit. You can also take a ride on the Freedom Train with Uncle Sam himself while enjoying some spectacular views of the Smoky Mountains and a picnic-style BBQ dinner at Fontana Lake before returning to Bryson City for some amazing fireworks. 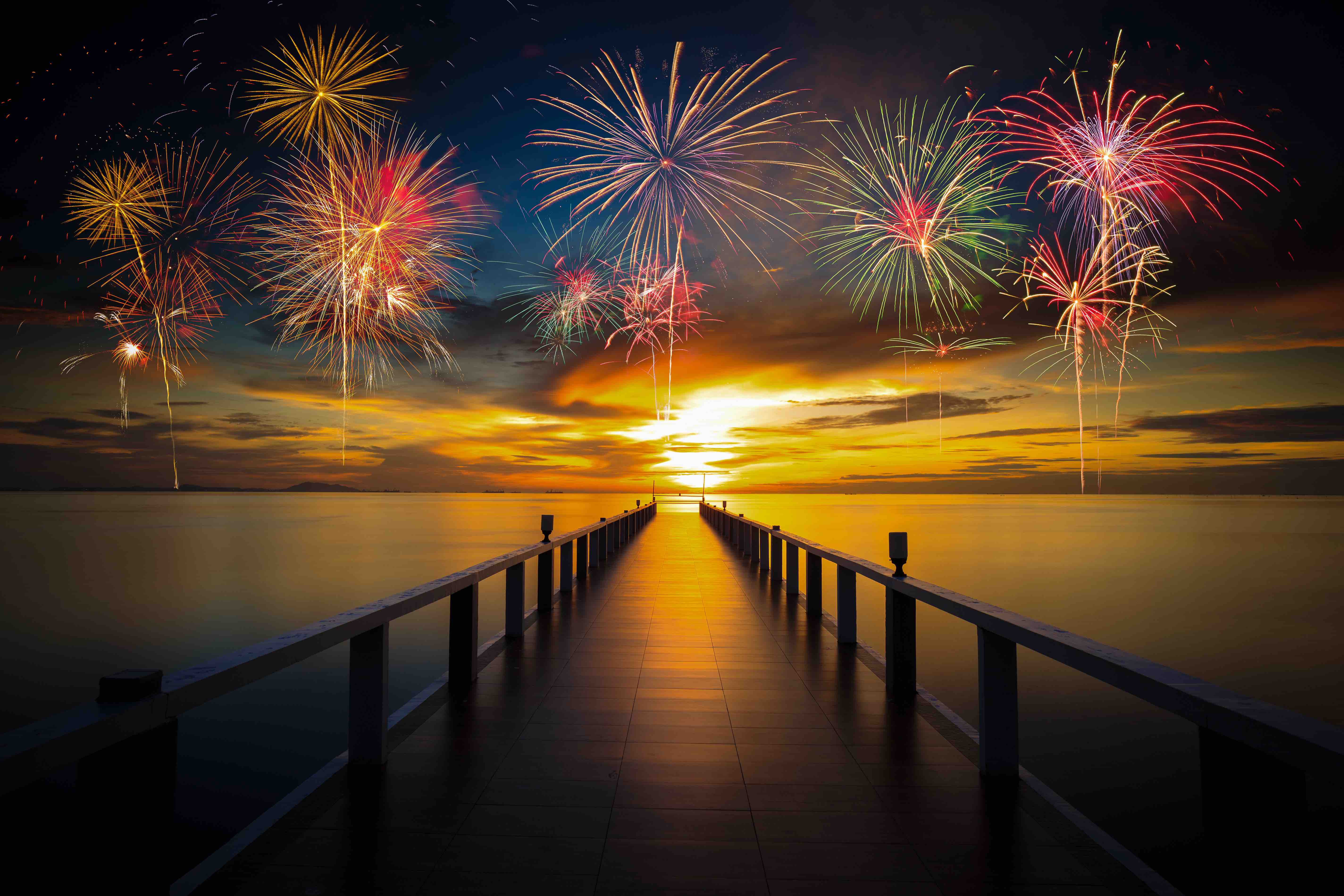 Wooden pier between sunset in Phuket, Thailand with firework

This small town has traditions that are all their own but epitomize America nonetheless. From a pie-eating contest to duck races, this town has plenty of ways to celebrate. Take a trip back in time with a traditional soapbox derby or play one of modern-day America’s favorite games – cornhole! This quaint and quirky town celebrates in a way that would make Michiganders of old proud to be a part of today. Water is at the center of the Independence Day fun with the festivities being highlighted with the Commemorative Raft Race down Boyne River on homemade rafts while spectators drench participants with buckets of water, water guns, and water balloons. This is followed by the duck race, which sends nearly 1,000 rubber ducks down the river with prizes for the first ducks to cross the finish line. Don’t worry – once all of the locals have sufficiently dried off there’s also an unforgettable fireworks show to cap off the festivities. 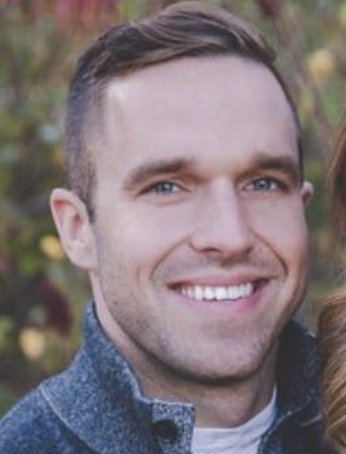 Spencer Lindholm is a travel enthusiast who moved to Colorado from the midwest and has been exploring the state one mountain town at a time. He and his wife created The Edelweiss Life – a lifestyle website documenting their travels and experiences since moving to CO through blogs and podcasts!