RE/MAX Holdings, Inc., the Denver-based parent company of RE/MAX, one of the world’s leading franchisors of real estate brokerage services, and Motto Franchising, LLC, an innovative mortgage brokerage franchisor, today announced that RE/MAX Holdings CEO Adam Contos has accepted a position on the RE/MAX Holdings board of directors. 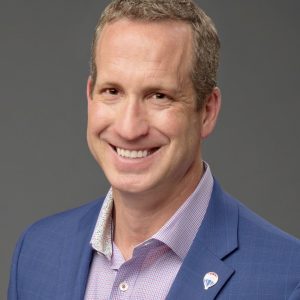 “The board of directors is very pleased to welcome Adam to the board,” said Dave Liniger, Co-Founder and Chairman of RE/MAX Holdings, Inc. “Adam has been successful in leading the expansion of the RE/MAX brand around the globe, strengthening the RE/MAX network of more than 123,000 members, spearheading the acquisition of booj — a shift in RE/MAX technology strategy — and overseeing the growth and development of Motto Franchising, LLC and the Motto Mortgage network. His exceptional talent, steadfast drive and deep knowledge of the real estate and franchising industries will make him an invaluable member of the board.”

Prior to his role as CEO, Contos, 47, served as chief operating officer of RE/MAX Holdings. He joined the company in 2004 working with franchisees and agents in the Mountain States Region, and was promoted to region vice president the following year. Between 2007 and 2013 he continued as region vice president — first leading the California and Hawaii Region and later the RE/MAX Florida Region. He was promoted to vice president, region development, in 2013 and then to senior vice president, marketing, in February 2015. During his marketing tenure, he and the business development team built a robust franchise sales process that fueled record growth.

Contos grew up in Denver, studied criminal justice at Metropolitan State College of Denver and earned an Executive MBA from the University of Denver. He served in the U.S. Marine Corps Reserves from 1990 to 1996 and was honorably discharged as a sergeant.